Poppies must be visible from every angle, say Poppy Police

REMEMBRANCE Day poppies must be worn to be visible from any angle to avoid disrespecting the fallen, the Poppy Police have confirmed.

The warning comes after several controversial incidents where persons have been rightly attacked by outraged citizens for not wearing poppies, only for the victims to pathetically claim they were wearing one that was unseen.

Stephen Malley of Reading said: “If I can’t spot, in my first glance, your poppy then you’re not wearing a poppy. And must face the consequences.

“Our fallen heroes’ only wish was that their sacrifice would rid us of the scourge of war, and that we plaster ourselves with poppies every November. If you disagree with that, you’re ISIS.”

Helen Fisher said: “The moment I see one of the Poppy Police, I flatten myself in terror against a wall, poppy clearly visible, until their inspection is complete and they move on.

“It’s the price we must pay for freedom.” 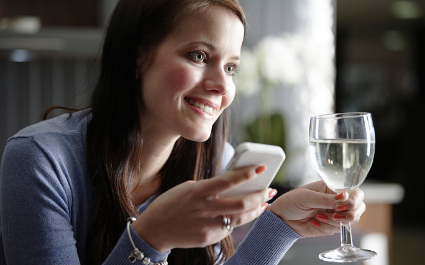 A SINGLE woman is convinced her coupled-up friends cannot wait to hear the latest instalment of the crazy rollercoaster that is her love life.

Joanna Kramer, aged 35, can barely finish a date before her married pals are breathlessly receiving texts about the latest crazy twist in her wild romantic adventures.

She said: “I know they’re just sitting in domestic boredom with nothing to do but check their phones for the next update about life in the dating jungle.

“They’ll be goggling in amazement at the news that John, my motorbiking bad boy window-cleaner, is cheating on me with another girl which nobody could ever have guessed.

“Meanwhile Anders the Dutchman – I give them all brilliant nicknames – says he’s not ready to be exclusive but wants to keep our sexual connection alive, and I’ve met an intriguing new Tinder match who says he wants to be my Christian Grey.

“They love the drama. When I’m round there, they don’t let me talk about anything else.”

“I’m pretending I’ve not seen it. Put Netflix back on.”