Everyone on stag do wants to go to bed

EVERY single man on a stag night is claiming to be ready to keep partying into the early hours while secretly desperate to go to bed.

The 12-man party, in Amsterdam to celebrate Wayne ‘The Legend’ Hayes’s upcoming nuptials, are all surreptitiously checking watches, drinking water and texting girlfriends while pretending they can keep going for hours yet.

Stephen Malley said: “What time do the bars close around here? Not that it matters, because we’ll make them stay open because we’re mental lads on tour.

“It’s just, you know, the time difference and the jet lag and all that. Another few pints and I’ll be roaring back.”

Hayes agreed: “We’re seeing the dawn in, mate. Tearing this town up. Strip club next. Though in fairness the strippers are probably pretty rough this time of night so maybe we go around 11am tomorrow, when they’re nice and perky.”

Best man Tom Logan said: “I think the weed’s making me sleepy. And the beer’s different. And we’ve been drinking since 10am and it’s half-one now and I was up all night last night with the baby.

“How about we carry this on in the hotel bar, eh lads? And then alone in our rooms? That’s real debauchery.”

40-something asks GP to test for whether he's still relevant 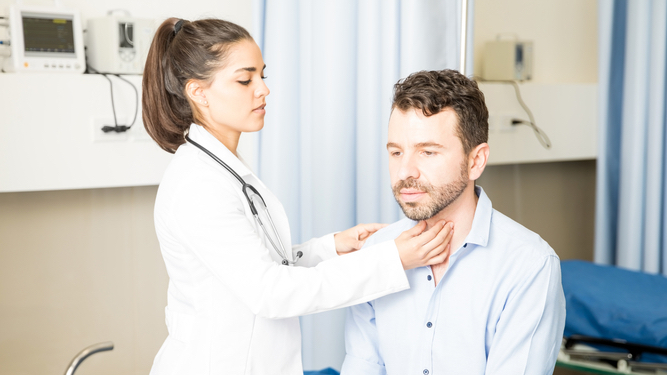 A MIDDLE-AGED man has reluctantly decided he should ask his doctor to check whether he is still trendy.

Martin Bishop, 45, had been experiencing worrying signs of slipping into boring middle-age, and decided the only responsible thing to do was get it checked out.

Bishop said: “I’ve always been ahead of the curve when it comes to music and fashion, but recently I’ve been having disturbing episodes like admiring Jeremy Clarkson’s practical outdoor jackets.

“My wife’s concerned because I’ve started getting really interested in lawnmowers and my friends are sick of me hassling them to go to dull country pubs with no music.

“My only option is to see the doctor. I’ve heard about it happening to other people, but I never thought I’d be the guy listening to Snow Patrol on the way to the garden centre.”

GP Emma Bradford said: “After running tests I’m afraid Martin is suffering from early onset ‘being an old codger’. It can’t be reversed as he’s reached the stage of agreeing with the Daily Telegraph.

“I’ve prescribed him some new trainers but really we’re looking at a steady decline into becoming fascinated with the badgers on Countryfile.”