Smug couple hobbies that will make people hate you even more

DO your friends already hate you because of how sickeningly loved-up you are? Taking up one of these awful couples’ hobbies will really ratchet up the nausea.

This twee form of dancing is exactly the type your grandparents ditched several decades before you were born because of its innate annoyingness. Why not start learning it if you want to become 100% more punchable?

Or any other sport where you can compete as a cute little team of two, especially if you’re playing against other couples to see who can be the smuggest bastards of all. Don’t forget to bore on about ‘how much Sally’s backhand has improved’!

Aren’t you romantic and beautiful with your salt-tousled hair and wetsuits? Yes, but only until you have a massive row when your VW camper van gets wedged in a narrow coastal road behind a tractor full of manure.

Builder who buggered up kitchen determined to 'see it through' 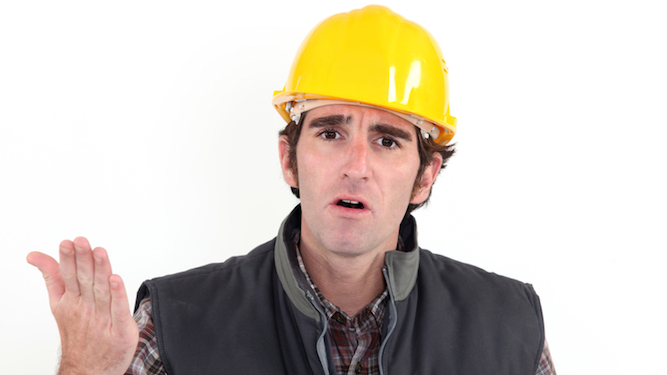 A BUILDER who has caused £8,000 of damage to the kitchen he is supposedly improving has promised he will see the job through.

Inspired by Theresa May, Norman Steele has heroically decided to bodge his way through despite not knowing what he is doing and breaking the ceramic hob this morning.

Homeowner Mary Fisher said: “At this stage we just want the whole thing to stop. But he won’t leave.

“At first Norman seemed like a safe pair of hands, boring but reliable. But gradually it became clear he’d never done anything like this before and was too pig-headed to listen to a word of advice.

“Now there are wires hanging out the wall, the cupboard doors are all at funny angles and he’s somehow managed to knacker our lovely new Bosch dishwasher.

“We’d sack him, but every other builder round here’s either worse or has suddenly retired.”

Steele said: “Yes, a load of plaster has just fallen off unexpectedly, but how am I meant to do a decent job if everyone keeps ‘talking down’ my construction abilities?

“I’ll see it through. Luckily for Mrs Fisher I’m not a quitter.”