A MAN discovered that, contrary to convention, Monday morning is actually a far better time to drink than Friday night.

Brand strategist Stephen Malley previously waited until at least Wednesday to crack a beer and never drank during the day. But the pandemic forced him to change his habits with startling results.

He explained: “When I was homeworking, I got through the Monday staff meeting with a little tipple. Why should that have to change now I’m back in the office?

“So I brought in a few Stellas, offered them around, and by the end of the presentation I was three pints deep and having the best time. I led a chant when Sharon from HR got up to talk us through the overtime forms.

“The boss challenged me, but I made up that it’s a new policy of morning alcohol or tasoittava that’s all the rage in Finland, and I was just pissed enough to be convincing. We’re all doing it now. Productivity’s up, probably, none of us care.

“Who needs a drink on a weekend, when you’ve got no stress on and you’re cheerful anyway? This is targeted, sensible drinking, applying the remedy when it’s needed.

“The only people I’d caution against having a swift one at 8am on a Monday are bus drivers. But even then if it’s a light beer or a crème de menthe I don’t see a problem.” 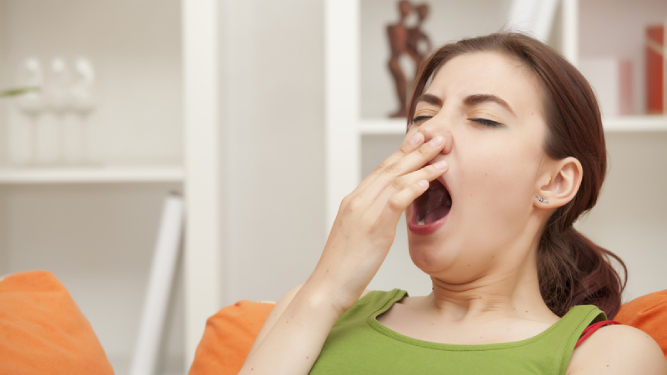 A WOMAN claiming to be tired is almost too tired to tell you how tired she is.

Donna Sheridan, who describes herself as ‘dead on her feet’, is using her last ounce of strength to let you know that she can barely keep her eyes open.

She said: “It’s a miracle I can still speak I’m so knackered. You’d think I would try and save some energy by not forming pointless words, but hear I am chattering away anyway.

“I couldn’t settle down last night because I stayed up mindlessly scrolling on my phone for no reason. Then just as I was drifting off my partner Nathan got up to piss like a racehorse and there’s no way I was sleeping through that.

“I think I got three, maybe even four seconds of shut eye before my alarm went off and it was time to drag my tired husk out of bed. Now I’m a shell of a woman who only has the stamina to tell you about my fatigue.”

Boyfriend Nathan said: “Donna’s level of tiredness sounds potentially fatal. She should tell her tale of exhaustion to herself, it’s so f**king boring she’ll be out like a light.”