Five elaborate cocktails that aren't as good as a pint

ON a night out? Fancy drinking something new and exciting? Do not bother with these elaborate cocktails that are not as good as a pint.

This cocktail exudes a suave charm and makes you feel like Don Draper when you order it. Then the barman drops it off in front of you and you realise it tastes like shit and it set you back the best part of 20 quid. You could have got three pints for that, or one and a half in London.

Sure, strawberry daiquiris look impressive in their broad glasses, but that doesn’t mean they are more enjoyable to consume than 20 fluid ounces of beer. The pyramids are more impressive than a strawberry daiquiri, but even when you saw them on holiday your mind couldn’t help but think it would rather be necking a nice warm pint instead.

This traditional Cuban highball will whisk you off to the Caribbean with its blend of white rum and lime juice, which would be an appealing prospect if it tasted nice. The only place you want to be transported to via your taste buds is your local pub, and the only way to do that is with a tall glass of a locally brewed pale ale.

One of the most popular cocktails, which is baffling because it looks like it was scooped out of a urinal. Any drink which can only be consumed with the aid of salt should be banished from society, and every cocktail book containing details on how to make them should be burnt. You don’t get that sort of nonsense with a pint.

Sex on the beach

Presumably named after everyone’s dream intercourse location. But you know what’s better than a drink that makes you think of rutting on the beach and getting sand up your arse? Quietly sipping on a pint of beer in the nook of an old man pub. Plus you don’t feel like a lecherous perv when you ask the barmaid for one of them. 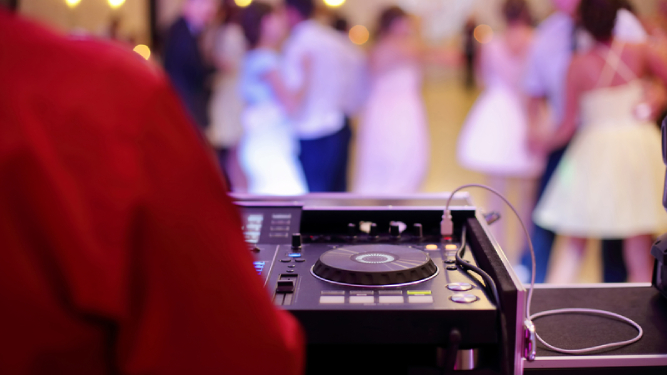 A MAN who plays other people’s music at weddings is trying to pinpoint where his life went horribly wrong.

Roy Hobbs earns a living by attending the weddings of strangers and pressing the play button on his sound deck, yet he cannot shake the feeling that there should be more to his one fleeting existence.

He said: “You can’t imagine how soul-destroying it is the hear drunken dickheads sing along to Bohemian Rhapsody night after night. If I have to hear Mr Brightside one more time I swear I’m going to end it all.

“I can’t even join everyone for some fun on the dance floor. The best I can manage in my stupid booth is a sway or a pathetic little bop. I look like a prick. When people find out what my job is they never look impressed.

“Every time I play the song for the first dance a voice in my head asks why I didn’t learn to drive ambulances or study to be a lawyer instead. Then maybe my kids wouldn’t say I’m in prison when their friends ask what I do.”

Hobbs’ daughter Helen said: “It all went downhill for dad ever since mum left him for a hospital radio DJ. Even though he’s trying his best, nobody can compete with those James Dean-esque bad boys.”