WHY do you have to trudge a quarter of a mile down long corridors to find the loos in every Wetherspoons? Could it be one of these reasons?

To give you a chance to sober up a bit

If you’ve necked six pints of dirt-cheap lager in a non-convivial environment you may start itching to take a swing at the similarly shitfaced twat you’ve ended up sitting next to. A long walk up and down several flights of stairs should sober you up enough to reconsider.

So you get dehydrated and need more booze

In some Wetherspoons the toilets are so far away that the walk leaves you feeling dehydrated enough to start fantasising about sinking another pitcher of Blue Lagoons before you’ve even pissed the last ones out. It’s a bit like when other, normal, pubs put peanuts on the bar, but more sadistic.

A hastily microwaved lamb rogan josh washed down with a gallon of booze that is perilously close to its sell by date is going to create a tsunami in your bowels. By locating the toilets several hundred metres away from the rest of its patrons, Wetherspoons ensures that they won’t be put off the menu until after they’ve already paid for their dinner.

Because Tim Martin is a tightfisted bellend

Tim Martin’s efforts to bin off his entire workforce when Covid hit proved him to be a penny-pincher. Placing the toilets as far away as possible from the bar stops people desperate for a pee from coming in off the street to use them without buying anything, the freeloading cheapskates.

So you forget where and who you are

Spend long enough in a Wetherspoons and the music-free, joyless atmosphere will have you questioning your choice of drinking establishment. However, a lengthy walk through several gloomy corridors will leave you feeling so disorientated and stressed that the only solution is to buy another pint of nasty warm ale when you finally find the bar again.

Relentless f**king messaging: Five things partners didn't have to worry about 20 years ago 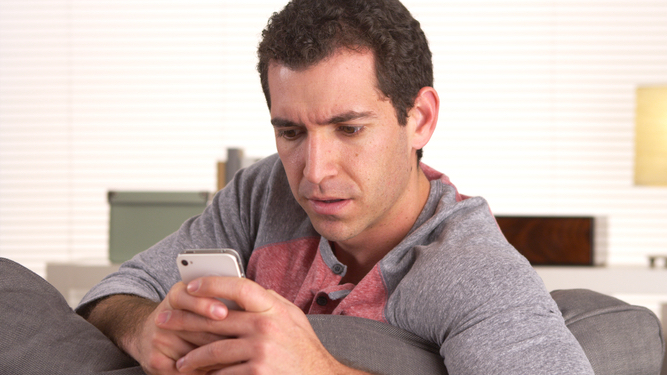 THE economy was booming, the word Brexit didn’t exist, and romance in the early noughties was a piece of piss too. Here’s what partners didn’t have to faff about with back then.

Not everyone had a phone back then, so you weren’t expected to bombard your significant other with romantic messages or a string of sexual emojis every waking moment. Even if you had a mobile, rates were so pricey that people kept their emotions to themselves, thank God.

The internet was still predominantly the domain of the military and sci-fi obsessed weirdos, meaning that couples didn’t have to construct an elaborate lie about how amazing their relationship was for friends and family to ‘like’. Although you couldn’t see if your ex’s life had gone to shit, so it’s swings and roundabouts.

Before dating apps we could kid ourselves that there weren’t plenty more fish in the sea, so being single was just bad luck. Now though, even couples are curious to see if there are any hotties in their area, so you’ve got the pressure of being a good boyfriend/girlfriend in case your partner goes off with one of thousands of potential online shags.

However average-looking or dull you were, you could still get your partner’s attention because there simply wasn’t much else going on and most TVs still only picked up five channels. These days your significant other will reach for their phone for a quick scroll before agreeing to have sex.

Posing for awkward photos together used to mean getting some hapless passer-by to snap you with a disposable camera then waiting weeks for the blurred images to be developed, so people rarely bothered. Now you’re considered weird if you go for a walk with your partner and don’t record it as if it’s a key historical event like the assassination of Archduke Ferdinand.