'F**k it, let's all go indoors': the five new ways to know you're too pissed

UNSURE how to spot you’ve had one too many now you can’t get kicked out of the pub for vomiting in a pint glass? Here are the tell-tale signs in the age of Covid.

You think hypothermia is something you can drink through

So your extremities are numb but that’s not something that another triple brandy won’t fix, is it? And by ‘fix’ you mean ‘render you so insensible that you fall asleep in the garden and wake up with crows pecking your fingers’?

You throw anything on the barbecue

Barbecue, fire pit, whatever: when you’re drunk enough to engage with man’s primal question of ‘what will burn’ then it’s time to stop. Instead you’ll start burning Stella boxes, random sticks, litter and mouthfuls of vodka, spat straight into the flames.

Your annoying neighbours are your best mates

You’ve been involved in a boundary dispute with your neighbours since 2017 and their dog shits all over your lawn but they’re the first people you’ve seen properly since lockdown and now you’ve had two bottles of Shiraz you love them. And after a bottle of gin they’re equally keen on you.

You drunkenly purchase a patio heater

Even though you’ve drunk so much that your beer jacket should now be fully functioning, you’re still cold. Rather than telling your mates to go home your solution is to spend two hundred quid on an ex-pub garden patio heater, which turns out to be broken.

Having been incredibly careful for a whole year, you’ll know you’re shitfaced when you throw caution to the wind and invite five mates into your home from the garden for impromptu YouTube karaoke the moment the breeze picks up. You come down with Covid the next day.

Want to feel old? Here's what you look like now 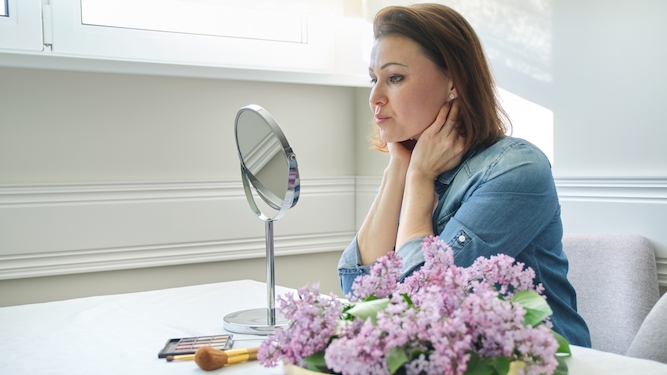 CURIOUS to see what the relentless passage of time looks like? Pick up a mirror and pay attention:

The shine of optimism has long faded. Years of struggle, grim headlines and doomscrolling social media has reduced your eyes to greying pebbles swivelling in sockets framed with crow’s feet. It’s only a matter of time until they become blackened coals like The Snowman has, in the cartoon you saw on its debut 39 years ago.

Your metabolism conked out ages back and now look at the state of you. Getting off the sofa sends your heart rate through the roof and belts are a distant memory. It’s almost as if going to the gym once every other month wasn’t enough to maintain the toned physique you took for granted as a teenager.

Assuming you’ve still got a hairline. In all likelihood your greying strands have already migrated downward from your head to sprout wildly out of your ears, shoulders and back.  You tried waxing them off once but it hurt and they just grew back thicker.

Despite wearing braces 20 years ago, your teeth are now as organised as crazy paving. Years of fags and coffee have given them a horrible sepia tint, like war footage. You could get them realigned and whitened, but then you’ll look like you’ve made an effort and will be horribly mocked by everyone.

A lined forehead and confused sneer are all classic signs that you look over-the-hill. Try calculating how long ago your eighteenth birthday was to get the most out of this expression of depressed disbelief. Remember: pulling back your pudgy skin to smooth out the wrinkles will make you look younger, but you can’t hold it in place forever.