A MAN’S decision to get wasted in a pub was in no way influenced by a chalkboard message inviting him to come inside.

The chalkboard – reading ‘Happiness’ with an arrow pointing towards the pub and another saying ‘Reality’ pointing away from it – was not among the factors causing Tom Booker to get shitfaced.

Administrator Booker said: “I was already sold on the idea of after-work drinks, because it was after work and I needed a drink.

“I chose The Ship because it sells alcohol and is near my office. Also it has crisps and toilets. That’s pretty much all that went into the decision.

“I’m sure there are commuters on their way home who see the chalkboard message and decide to abandon their plans and choose ‘happiness’ over ‘reality’, but that’s just not what happened here.”

Booker said he would not have been swayed by other chalkboard messages, such as ‘Beauty is in the eye of the beer holder’ or one insinuating that hipsters were not allowed then revealing the target of the joke was in fact hamsters.

He said: “It’s really not about the quality of the sign, that’s just not how I make plans.”

He doesn't even remember who I am, says sobbing Farage 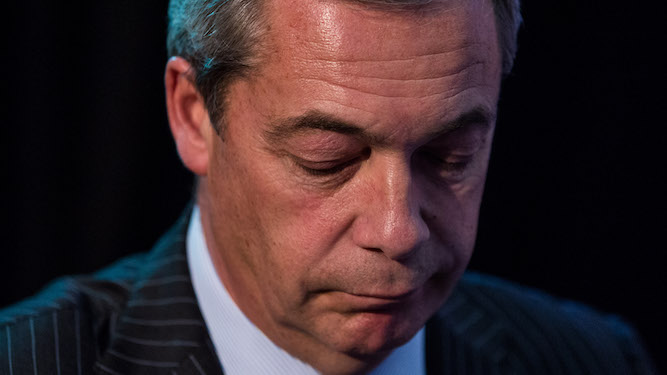 NIGEL Farage has been sitting on the edge of his bed in the dark crying and holding a signed photo of President Trump, according to friends.

The former UKIP leader believed he and Trump had “something special”, but admitted he has not received a call or text from the president in 18 months.

He said: “What happened? We were like brothers. Now Donald’s in Britain but he’s spending all his time with that cow Theresa May.

“We were great together. Two perma-tanned populists flaunting our fake man-of-the-people credentials to entice voters back to a bullshit past that never existed. How could it all go wrong?”

Farage then paused to clutch a pillow and weep copiously.

He finally continued: “What changed? I haven’t changed, except that I’m no longer in any position of power and everyone despises me. Is that it? Could he really be that shallow?

“I’ll be alright in a minute. Can you pass me that box of tissues?”