AN older man enjoying a vigorous sex life found it difficult to buy condoms due to using dated euphemisms.

Divorced retiree Norman Steele, 66, regularly meets ladies for sex thanks to Match.com and Viagra, but would prefer not to become a father when he is already a grandfather.

However a recent trip to Boots became fraught when Steele failed to realise that no one has referred to condoms as ‘rubber johnnies’ since approximately 1983.

Steele said: “The young female pharmacist just looked confused. Surely everyone knows what a johnny is. It’s the same as a French letter. You know, a prophylactic.

“I quietly explained I just wanted to get my leg over but she still didn’t get it. I said I was having a bit of ‘how’s your father’ but she just smiled and said he was growing courgettes in his greenhouse.

“Eventually an older, male shop assistant came over and asked if I needed standard, ribbed or fetherlite. Honestly, you wouldn’t think there’d be so much confusion over a bit of rumpo.”

Steele finally left the shop with 30 Durex but not before exchanging phone numbers with a younger 58-year-old woman waiting for her angina pills. 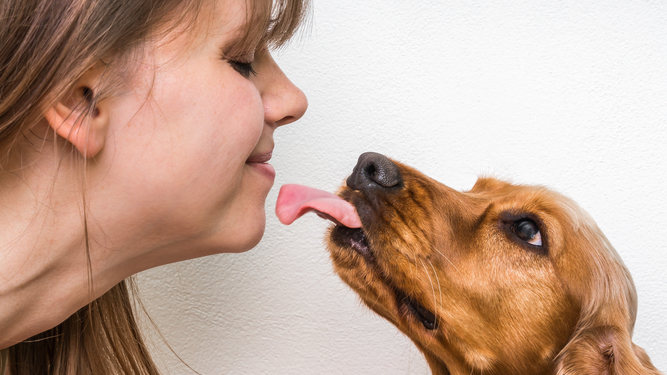 A WOMAN who thinks it is cute to allow her dog to slobber all over her is actually viewed with disgust.

Francesca Johnson, 32, encourages her cocker spaniel Bobo to lick her face, even though he has also recently licked some dog food, his own balls and a German shepherd’s anus.

Johnson said: “People who think it’s disgusting just don’t understand the depth of love that can exist between a dog and a human. My boyfriend says Bobo’s not kissing me, he’s just searching my face for crumbs and snot, but I think he’s just jealous.

“Although if Bobo’s done something particularly naughty like eat some vomit off the pavement outside a pub I won’t let him kiss me for a couple of hours.

“But we adore each other so much I just don’t believe I could come to any harm. I have had worms several times, but I’m sure that’s just a coincidence.”

Johnson’s boyfriend Martin Bishop said: “Much as I love Francesca, after Bobo has been slobbering all over her I am reluctant to kiss her myself because it makes me think I might be indirectly kissing a dead bird he’s been snuffling around.”

Bobo said: “The first time I licked Francesca’s face I was trying to gross her out so she’d stop hassling me all the time. It totally backfired. Please help, she’s mental.”