A MAN who believed hay fever was a trivial ailment that wimps enjoy complaining about has changed his mind after getting it himself.

Roy Hobbs had dismissed sufferers as feeble hypochondriacs, but after suddenly developing the allergy this week described himself as “in the worst pits of Hell”.

He said: “At first I thought it was a cold but then my eyes started to itch and I couldn’t stop sneezing. The pain is unbearable. I might have to go to the doctor for some morphine.

“Hay fever, I have realised, is the worst ailment known to man. I’ve been in bed for three days feeling just terrible and – oh god, take cover, I’ve got another sneeze coming.

“My wife suffers from it and manages to get on with her life, but I have clearly got it much, much worse than everyone else. I am not sure I will last the summer.”

Hobbs is currently writing his last will and testament and has asked that his life savings be donated to hayfever research.

How can you become a massively overpaid twat on TV? 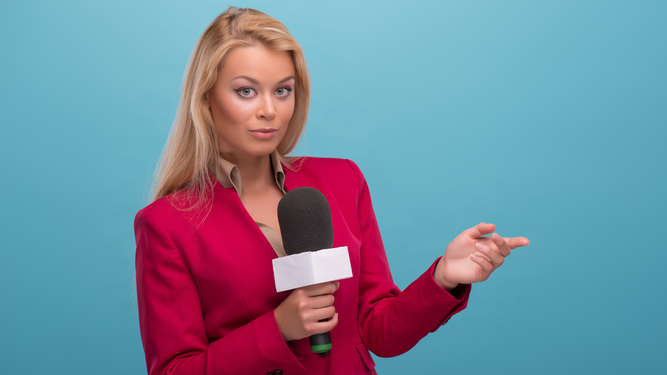 WITH BBC pay in the news again, many of us have asked ‘How can I get paid millions for saying inane things to a camera too?’. Read our guide and become a highly-paid TV presenter.

Develop a manic, hyperactive, ‘wacky’ personality. This is ideal for everything from kids’ TV to radio breakfast shows because producers will love your ‘energy’, even though you irritate the fuck out of 50% of the population.

Just be careful not to crack under the pressure of being wacky all the time and get caught snorting heroin off a Latvian prostitute on the set of Kidz Funtime.

Get on a show that’s dull but popular

Become a presenter on the sort of bland TV that never gets cancelled because mums and grans like it. Since Countryfile and Songs of Praise already exist, you may have to invent your own, eg. Countryside Canal Walks With Nice Singing.

Despite just being on a forgettable early evening chat show, start to believe you are the greatest human being ever and and keep demanding more money from the BBC.

This should work for years until your ego spirals totally out of control and you abruptly get sacked after demanding £1,000,000 a minute and your own show broadcasting live from the Moon.

Be slightly less boring than other sports commentators

If you’re a former footballer or tennis player, appear really interesting by not constantly talking in tired sporting cliches like “It’s goals that count at the end of the day”. Make the odd quip about ‘balls’ to look like a bona fide comedian.

Compared to Alan Hansen and Martina Navratilova you’ll look like John Belushi at his most mental.