WANT to pretend you’re knowledgeable about wine and don’t just choose it according to whichever label has the nicest picture? Here’s what to say.

‘I never drink anything with a screw cap’

Show off your superior knowledge by claiming you’d never drink anything common enough to have a screw cap. It’s bollocks, as your guests will know, but at least they get to watch you struggle to open a bottle with your stupid little ‘waiter’s friend’.

‘The legs on this are excellent’

The ‘legs’ of a wine are the streaks that run down the inside of the glass after you’ve swirled it. However, your date might not know that and will presume you’re some sort of pervert who weirdly sexualises liquids.

‘This wine is aromatic and floral’

This sounds knowledgeable whilst actually being incredibly generic. You might as well have just said ‘This wine smells like wine’ but hopefully your guests will already be too drunk to realise you’re a massive pleb.

Name some places in France

Dropping some names of wine regions as you sip, such as Bordeaux or the Rhone Valley, will make you look a true connoisseur. Read the label before you do this though, because if it says ‘Australian Shiraz’ on the label in big letters you’ll look very silly.

‘Have you ever tried a calimocho?’

Impress your friends by telling them that in Spain people drink red wine and coke, a drink called calimocho. You think you sound sophisticated and European, but it’s basically a cheap drink for shitfaced teens.

Dad announces he has forgiven Maradona 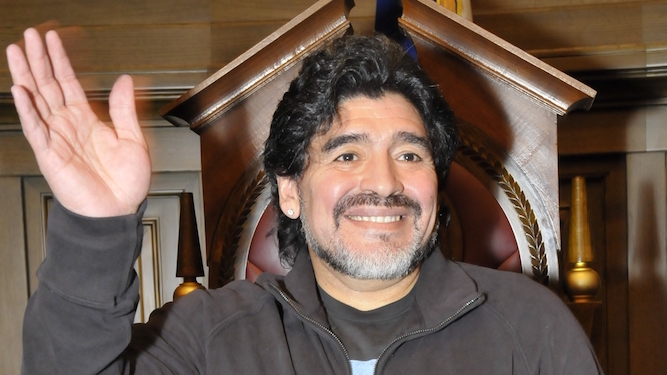 A FATHER-OF-THREE has called the family together in the dining room and announced, with tears streaking his face, that he has forgiven Maradona.

Steve Malley told his wife, daughter and two sons that the fury that had raged in his heart for the last 34 years had finally burnt out, and that it was time to let it go.

Jack Malley, 25, said: “He said that the act itself was unforgivable. That he wasn’t going to give ground on that. But that he couldn’t hold onto his grudge against the man who performed it any longer.

“Dad admitted he would always bear the scars of what was taken from him at the tender age of 28 in that quarter-final. That it had shaped him as a man and a father for the worse.

“Then he said – he had his eyes closed, he couldn’t look at us – that what kept his anger alive all these years wasn’t just the injustice, but the envy. That we didn’t truly deserve to win with Steve Hodge and Trevor Steven in midfield.

“Finally he hugged us all, weeping and muttering ‘He was a genius. I’ve never seen a more naturally talented player. All these years. I’m so ashamed.’ Then he went to the shed.”

Daughter Kelly said: “Yeah. It was basically Christmas Day 2016, when he tearfully confessed he’d lied about not liking George Michael because he was afraid he’d look gay.”