It's 5 o'clock somewhere, and other ways to justify daytime drinking

KEEN to explain away your daytime drinking with a piss-poor excuse? Try one of these:

You can sober up before bed

If you get drunk during the day, you can sober up in the evening and not be hungover tomorrow, right? Sounds good but it never works like that. In reality, you’ll still be going by midnight, swigging from a glass of neat vermouth because there’s nothing else left in the house.

They do it on Mad Men

The cultural legacy of one of the best television programmes of the last 20 years is that everyone wishes it was still okay to get pissed at lunch. Just because Don Draper was able to drink four martinis in an hour and still perform brilliantly at work, it doesn’t mean you can. It’s fiction, remember.

You’ve been working all week, so it’s time to kick back and relax, yes? Well, no, actually, as you have to spend your two precious days off doing essential things like buying food and washing your clothes, which will be difficult if you’ve already had a four-pack of craft ale by midday.

Oh look, there’s a tiny sliver of sunshine: ample reason to shirk your obligations and head to the garden to neck cans of continental lager. At least you’ll have plenty of time to think of a good excuse to tell your partner for how you ended up drunk and sunburned instead of taking the car for its MOT.

People who have ‘Live, laugh, love’ pictures in their living room invariably also have a novelty piece of slate in their kitchen with this phrase chalked on it. While it is a factual statement, it’s also 10am somewhere too. Specifically the time zone you live in, so put the wine down.

The five most annoying promotional emails you'll get today 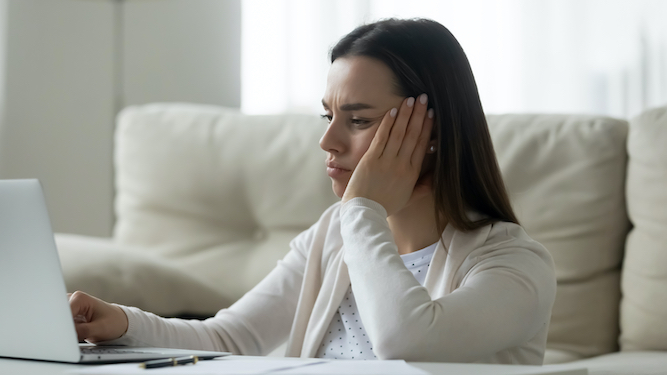 INBOX constantly stuffed to bursting with irritating promotional emails? You’ll be familiar with these:

The subject line says ‘We owe you a big apology!’, leading you to believe you’ve been a victim of identity fraud. However it turns out it’s actually Wowcher apologising for having too many great voucher offers for you and they’ve found a highly manipulative way of making you opening their emails.

Did you once thoughtfully sign a petition about saving panda habitats? Well, now you’re going to receive so many emails telling you you’re a heartless bastard if you don’t donate money to the cause that you’ll end up wishing the pandas would die out just so you can be left alone.

The one that wasn’t supposed to get sent

Clearly sent out in the middle of the night by a tired intern with an awful boss, this email bears the title ‘TEST’ and then says, ‘Dear [insert first name]’. You wearily delete it while knowing that somewhere out there someone’s getting an absolute bollocking.

The highly personalised one

There’s an email from Keir Starmer addressing you personally. Has he realised that your idea to ban woke avocados is the only way to revitalise the Labour Party in the north and wants to talk? You click on it and realise that, no, it’s just a generic email with your name auto-populated in the subject line. Piss off, Keir.

The one you can’t unsubscribe from

Clicking on the ‘unsubscribe’ button leads you to the Preferences Centre, a labyrinthine hellscape that requires you to change your email address, enter your grandma’s maiden name and remember a password you invented in 2009. You are stuck with their crappy daily lifestyle brand offers for the next fifty years. Ooh, actually, that Le Creuset pan looks quite cheap.