A MAN has found a credit card receipt from a night down the pub with his mates this time last year and broken down.

Tom Logan discovered the receipt when filing his tax return and was painfully reminded of when he used to have mates and options and a life.

“It seemed unremarkable at the time – pints, a game of pool, Leipzig beating Spurs on the telly – but I’d sacrifice my first-born child to be there now.

“I found the receipt and sat for two hours tracing my finger slowly down it, remembering each pint, each Jaegerbomb, each packet of pork scratchings. We joked about not shaking hands. That was funny to us.

“Nowadays when I go to get chips I queue outside and use hand sanitiser before I touch the ketchup, then wake up at 4am worrying.”

“I might get the receipt framed, in memory of all those ice-cold pints sitting unpoured in pubs. And instead of Live Laugh Love, it’ll say Pub Pub Pub.” 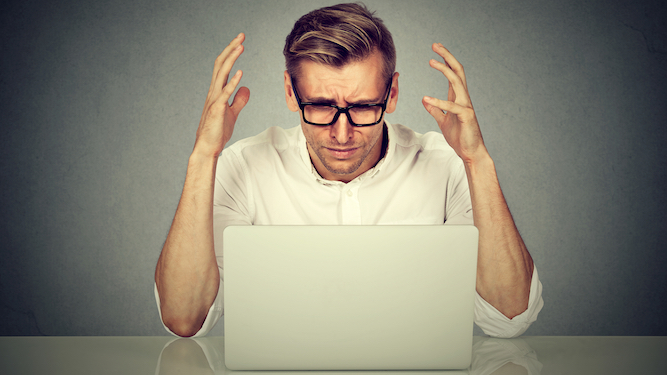 KEEN to remain in gainful employment? Then don’t livestream yourself marching with a banned far-right group, or these things:

Social media is a swamp of hate speech, but also the ideal place to be condemned as racist by 1.2 million people looking for evidence of who you work for. So using Twitter as the platform for ‘bantz’ about ‘limp-wristed nancy boys’ you’ll find yourself unironically fired.

Is snorting lines of coke off of the bodies of near-naked acquaintances your idea of a Wednesday night? Fine, but maybe don’t put the pictures on Facebook. The police can’t prove it wasn’t an innocent sherbet Dib-Dab, but your boss doesn’t give a f**k.

Storming the capital to overthrow the US government

Are you a QAnon wingnut who believed you were ‘the storm’ and didn’t consider anything as mundane as your job as a police officer when live-streaming yourself hitting police officers? Unfortunately, it turns out Q was bollocks, Donald Trump was not a world-saving chess genius and now you’re unemployed and going down.

Musing on whether the Nazis were right

The Nazis may have been excellent at motorcycle repair, marquetry or f**king Boggle, it’s still never worth pointing it out because it’s a slippery slope to adding how great they were at land wars in Europe. Insisting on your right to freedom of expression? You’ll have plenty of time to campaign for it when you’re sacked.

Ranting about how much you f**king hate your job

It’s natural to hate your job, your boss and your boss’s boss. However, spewing your bile all over the work WhatsApp is a sure route to dismissal. Even if Amanda knows she’s a useless over-promoted idiot with bad taste in animal-print skirts and blokes, it hurts to hear it.