Man judges foreign countries exclusively on cost of a pint

A MAN bases his opinion of every country he visits purely on how cheap it is to buy beer.

Having recently returned from the Croatian city of Split, renowned for its scenic views and ancient architecture, Stephen Malley could not stop raving about how cheap the bars were.

Malley said: “It was brilliant, you could get absolutely tanked for a tenner. It was like being back in the 90s, except I could also watch the football on my phone.

“My wife dragged me out to the beach, but honestly I didn’t understand why we needed to leave the hotel bar. The kids would’ve been just as happy sharing a plate of chips and watching me drink gallons of local lager as they were snorkelling.

“However it wasn’t as good as Spain. The beer is practically cheaper than water there, and you can get wine for less than a quid. It’s in a box, but I’m not fussy about how I get pissed.

“I’m currently pushing for our next family holiday to be to Caracas in Venezuela. It’s one of the most violent cities in the world, so the wife might take some persuading, but the beer is 52p a litre. It’s worth it just so I can see the look on my friends’ faces when I tell them.” 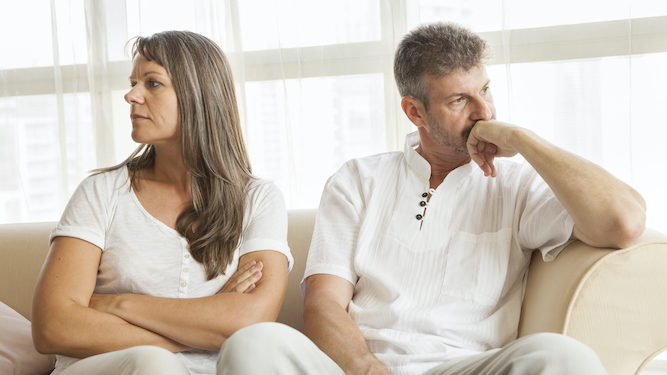 A COUPLE who met when they were 16 and have been married for 35 years say they both hugely regret not f**king more people.

Having always remained faithful to one another, childhood sweethearts Carolyn and Nathan Muir have both admitted to themselves they wish they had shagged around wildly instead.

Carolyn Muir said: “I’m in my mid-50s and have only ever had sex with one man – Nathan – and I’m pretty sure he’s terrible at it.

“Of course, I have nothing to compare it to, but men on steamy television dramas don’t insist on keeping the lights off and can manage more than two positions without moaning about their sciatica.

“People always say how romantic it is that we’ve been together since we were teenagers, but it honestly isn’t. It’s like being married to your brother and having to see him naked every day.

“I can’t believe I’m going to my grave having never even done hand stuff with someone else. Unless Nathan dies first, in which case I’m going to be making some serious hay in the old people’s home.”