A MAN has agreed to work this Saturday under the illusion that his boss was aware that he would be a little bit drunk.

Kitchen porter Martin Bishop was happy to cover the weekend shift because he needed the money and assumed his boss was fine with him occasionally nipping to the loo until the shakes calmed a bit.

He said: “I mean it’s Satuday morning. Do the maths.

“I arrived and Emma said ‘You’re looking rough,’ and I said ‘Yeah, only had two hours sleep,’ and she pursed her lips as if I’d said something out of turn.

“Then when I was sick in the sink – they’re dirty dishes, after all, and I think it proves my dedication to staying at my position – she was all like ‘Look at the state of you,’ and I was like ‘Hey, you asked me to come in’.”

Kitchen manager Emma Bradford said: “I’d sack him, but I’d have to do it one-on-one and he might realise I was still pissed from last night.”

Even pub not sure why it's playing music everyone bloody hates 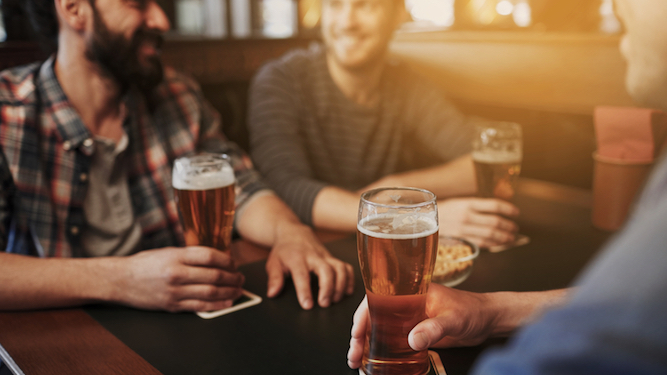 A PUB has made the strange decision to play extremely crap music at a deafening volume despite it being loathed by everyone including the staff.

Every night without fail, bar staff at the Green Man in Nuneaton put on mixes of mediocre house or bad 80s compilations featuring Level 42 which they would never listen to at home.

Meanwhile customers complain bitterly as they struggle to make themselves heard above the nondescript racket, but equally mysteriously come back every night.

Landlord Tom Logan said: “It’d be unthinkable not to crank up the music to nightclub levels at 6.30, even though it would be incredibly strange if someone ever got up and danced to it.

“No one ever complains so it must be pleasing somebody, though I’m not sure who. Not me. I fucking hate it. Right, time to put on Megabeatz Euro House, Volume 17.

“I suppose I could turn the music off but that feels wrong for some unfathomable reason. It’s just one of life’s unsolvable mysteries, like what’s at the end of space?”

Hobbs then had a conversation he could hear about 15 per cent of due to a Vengaboys track that was widely loathed at the height of its popularity in 1998.