A MAN who has been consistently pissed for the last fortnight is on the brink of a truly catastrophic hangover.

Roy Hobbs marched straight out to support his local by drinking a few pints when it reopened its doors on April 12th, but has now been completely trolleyed for more than two weeks and is on the verge of the most momentous hangover in human history.

Mr Hobbs said: “It was only meant to be a couple with some mates. Relaxed, in a beer garden, celebrating the end of lockdown.

“But it seemed selfish to restrict our business to one pub, so we did a few, then a few more, and now a fortnight’s gone by and I’ve been smashed the whole time and I’m not ready for what’s next. My head hurts just thinking about it.

“I’ve had some hangovers in my time but I think this could be the big one. A pint of water and two paracetamol won’t isn’t going to save me this time.

“The prudent option seems to be to keep drinking until the next lockdown’s declared. Even then I might just drink further and further north until I’m over the Scottish border where they’ll stay open.”

Hobbs then fell asleep with his head on the table, oblivious to the cataclysmic gathering storm in his head.

Why 'let the bodies pile high in their thousands' was taken out of context: a Telegraph writer explains 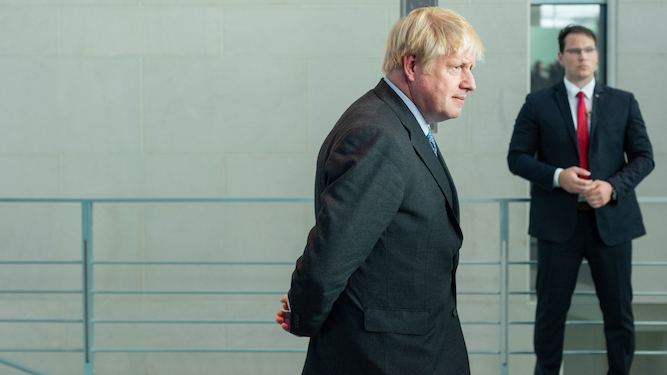 FOOLISH enough to believe that the prime minister’s bodies quote shows him in a bad light? Daily Telegraph writer Denys Finch Hatton explains how it’s all about context:

Just because I’m a lifelong Conservative doesn’t mean I’ll always give Johnson a free pass, but on this occasion his hilarious quip about sacrificing thousands has clearly been misinterpreted to make him look bad.

I’m sure if we could hear Johnson’s words in context he was probably talking about lots of happy, healthy bodies piled high in a beer-fuelled human pyramid of jolly hijinks. Any other interpretation would be grossly manipulative.

We’ve seen the opposition do this time and again in an attempt to tarnish Johnson’s immaculate image. Like the time he said ‘f**k business’ as a joke. Has that statement been borne out by his later actions? Exactly.

So I’m not in the least surprised to see this kind of grossly slanted reporting appear in the Daily Mail, a left-wing rag always looking to do the prime minister and government down.

Sadly, unless evidence of the conversation surfaces, our only course of action is to assume anything that pictures the PM in the best possible light.

Defence minister Ben Wallace is absolutely right to call this a ‘comedy chapter’. I for one am splitting my sides.

How lucky we are to have such a sublime joker of a leader keeping our spirits up through the pandemic. We’ll look back and laugh.