Man with booze on display thinks he is cool

A MAN who has lined up some bottles of spirits in his kitchen thinks he is like a famous debauched singer from the 50s.

Tom Booker has lined up half a bottle of Famous Grouse next to the Pernod he got in duty free and some Bacardi left over from Christmas, and is strutting about like Dean Martin.

Booker said: “Having the drinks out and ready to go lets everyone know I’m an entertainer. Whisky is probably the coolest drink, so when people spot it out in plain sight like that they see me as the Don Draper character I definitely am.

“They can also tell straight away that I’m well travelled because the writing on the Pernod is in Spanish, and Bacardi makes you think of beaches.”

Booker has started referring to the corner of the kitchen worktop as ‘the back bar’ and has moved the toaster and kettle to the other side of the sink. He keeps the area clean of crumbs and does not allow squash to be stored there.

Booker continued: “Sometimes I think ‘What would Frank Sinatra do?’ and that’s when I make sure all the labels are facing forward.”

Picnic ruined by being outdoors 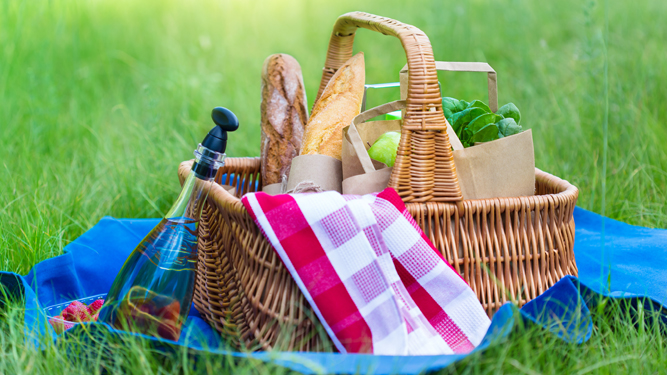 A PICNIC has been ruined by taking place outside, sources have confirmed.

Emma Bradford was excited to organise a picnic with boyfriend Tom Logan in their local park. However, their experience was ruined entirely by the whole thing being outdoors and therefore shit.

She said: “My hayfever kicked in, so I was sneezing the whole time, and a dog ran over and tried to have sex with our hamper.

“We forgot to bring cutlery so we ended up having to use my keys to spread the cheese. Then some kids kicked a football over which landed in my hummus, which at that point was more fly than chickpea anyway.

“I mean, the sun was out, and the view was quite nice, but it was spoiled by a group of men with their shirts off. One man was so physically grotesque I felt sick – but I knew there was nowhere to go to the toilet either, so I had to hold it in.

“They should really warn you how shit being outside is. Eventually, we just took all our food inside, and ate at the kitchen table.

“We decided to call it an ‘indoor picnic’. Although, I suppose that’s just eating, really, isn’t it?”