James Bates has not forgotten that he bought you a pint of IPA for £4.05 on Saturday March 7th last year, and is patiently waiting for that debt to be paid when pubs open their doors on April 12th.

He said: “Yeah, pretty convenient that you ducked out of our last session early just before a pandemic and lockdown began, wasn’t it? Almost like you knew.

“Then last summer you apparently couldn’t repay the favour because you were shielding a vulnerable relative which I think we both knew was an excuse.

“I bet you thought all this unprecedented times business, the biggest disruption to our lives we’ve ever known and all that, would make me forget something as trivial as a pint. Think again.

“I’ve been keeping a beady eye on the news, and it’s now a matter of months until you’re getting the beers in. The date’s circled on my calendar with a big red marker pen. And in the circle, I’ve written BEER.”

He added: “I’m looking at a pint on Google Images now. It’s going to taste sweet.”

Bringing back corporal punishment, and four other political goals for Brexiters 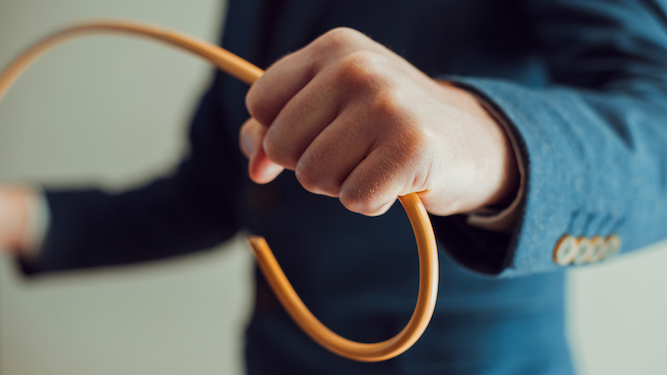 BREXIT has happened and is good and bloody hard, so are hardcore Brexiters happy? Of course not. Leaver Roy Hobbs explains what he’s rabidly obsessing over now:

I was regularly beaten at school and it hasn’t done me any harm, apart from instilling me with a constant rage and low self-esteem which I take out on anyone I consider to be slighting me: immigrants, benefits claimants and the like. They deserve it. I didn’t.

Bringing back smoking in hospitals

What kind of interfering nanny state stops pneumonia sufferings having a nice relaxing fag on the ward? They did in Carry On Doctor. Also, pregnant women should be forced to drink a pint of nutritious stout every morning and all that libtard nonsense about exercise needs banning.

Britain was at its best when we had a horrendously complicated system of money with mad names that had nothing to do with numbers, like florins, crowns and of course the guinea. Never mind that it will be ruinously expensive and entirely pointless. That’s what the people voted for in 2016.

Now that we have control of our laws again we can reinstate the best one: state-sanctioned murder of our fellow citizens. It should immediately be used on people I consider ‘woke’, for example teachers and workers for the communist NHS.

If we have to have all this new-fangled cloning technology we might as well put it to good use by reanimating Oswald Mosley and setting him up as leader of a new political party with Nigel Farage and Kate Hoey. It would be a huge hit with elderly lunatics like me for whom the Tories are dangerously liberal. Black shirts are fashionable and smart.