THE deputy chief whip has resigned after groping two men while thoroughly hammered on a Wednesday night. Normal people do not do this. Or these things:

Drinking is Britain’s national pastime. Every Friday we celebrate it being Friday by chugging gin from the bottle on the bus home. But intoxication doesn’t make the drunk person slur racial slurs unless they’re already inclined that way. You could get Neil Kinnock as pissed as you like and he wouldn’t say the N-word.

Everyone’s had that one mate who suddenly, a few drinks in, when you’ve popped by a gay bar, is locked in a same-sex clinch. And what you said wasn’t ‘I think Ben’s had one too many’ but ‘I think Ben might be gay’. Because being smashed has no effect on your sexuality whatsoever. Ben’s out now. He’s very happy.

There are blokes who lunge. Usually they’re spotted well in advance of working up their Dutch courage. The vast majority of men can get blackout pissed with female friends and colleagues without waking up the next day thinking ‘Oh shit, did I tit up my sister-in-law again? I have got to stop doing that’.

Drunks have fights. It’s well-known. Anyone who’s seen them knows what pathetic fights they are, but they still count. But booze’s reputation for violence rests on a radgey few who use six pints of Stella as an excuse to get punchy. Gandhi could have got properly tanked and wouldn’t have ended up in a scuffle in a pub car park.

Drink’s often blamed for a gentleman stumbling into a brothel and, apparently unsure of where he even is, innocently booking a five-way all-nighter specifying dyed blondes with their roots showing. It’s a hammered pastime most somehow manage to avoid by not knowing where a brothel is so well they can get there on automatic pilot.

Climb into the boot of a stranger’s Mercedes and throw toys out of it while shouting ‘I’m the Bishop of Southwark, it’s what I do’

Yeah, this one’s just the Right Reverend Thomas Frederick Butler, Bishop of Southwark between 1998-2010, on a single night in 2006. But what a night.

How to not mentally picture it 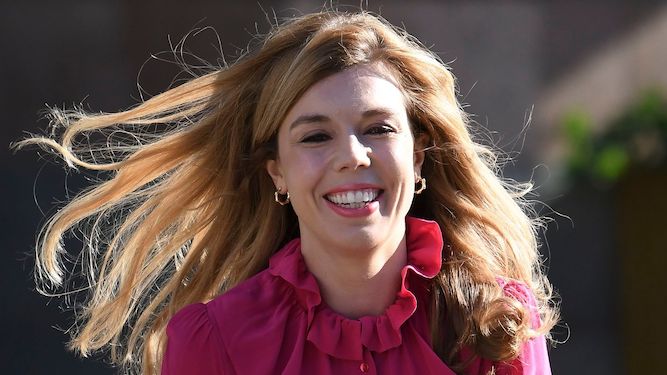 STRUGGLING to block out the mental image of Carrie Johnson doing… you know? Follow this advice.

You might be knackered from a busy week of scrolling social media and checking your inbox, but it’s important you don’t slack off now. If your brain is allowed a moment’s rest it could easily drift onto Carrie Johnson on her knees in front of – oh thank f**k, there’s a restructuring meeting all afternoon.

Not working today? You can still distract your traumatised brain by immersing yourself in a new hobby. Painting and swimming are good shouts, but maybe avoid glass blowing or learning the slide whistle. The undertones are far too similar to the thing we’d rather not mention, and the latter makes a saucy, suggestive noise which could be triggering.

Spiritual types like to cross their legs and focus on their breathing in order to empty their mind and exist only in the moment. But it probably also prevents you thinking about – ah shit, you’ve just thought about it again haven’t you? Horrible. In his nasty messy office. Dilyn might have been watching too. Ew.