A Wetherspoons has been levelled by a seismic volley of orgasms after a pint was served in a glass with a little crown on it.

Staff at the Thurrock branch suspected the new glassware would provoke a positive reaction from their patrons, but were unprepared for the ground-shaking climaxes that reduced the establishment to a pile of rubble.

Bartender and survivor Tom Booker said: “As I reached for the crown-stamped pint glass I heard a chorus of approving groans from the customers, and a dog by the fruit machine started going nuts. They have a sixth sense for this sort of thing.

“While I was filling the EU-defying vessel with flat, piss-flavoured real ale, everyone was on the floor trembling with uncontrollable ecstasy. Some of the men had even torn their clothes off in a lustful frenzy.

“Then when I placed it on the counter all hell broke loose. The blokes let rip like a Noel’s House Party gunge tank, and the women wailed at a pitch so high the glass exploded. Even now my ears are still ringing.

“The roof collapsed within seconds, and while I waited to be rescued I had to live off the smashed remains of a poorly microwaved beef madras. It was harrowing.” 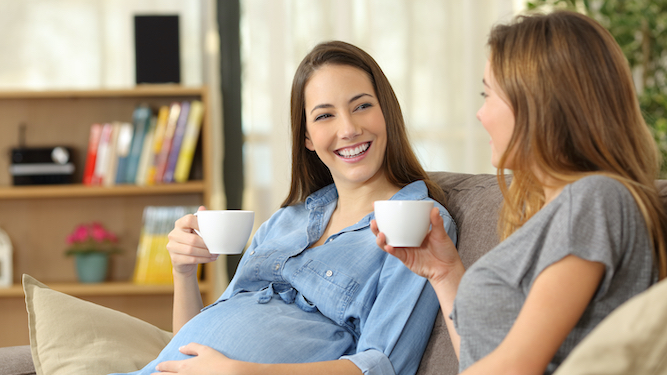 A WOMAN is livid that her friend got pregnant without first checking with her that it was acceptable.

Donna Sheridan has been living happily with her boyfriend for six years but Emma Bradford feels that is no excuse for conceiving a baby without consulting her first.

Bradford said: “I’ve known Donna for over a decade, which means she should have told me before they even started trying. It’s common courtesy.

“In callously getting pregnant, she hasn’t taken my feelings into account. For example, I need someone to go to the pub with and it is impossible getting a buggy into that little upstairs wine bar that I like.

“And when I called her yesterday to moan about my job the only thing she had to say was that the baby is currently the size of a Brazil nut. I am bigger than a Brazil nut, so I should clearly be more important to her.

“Donna says that if she has a second baby she will let me know first of all, so I’ve got in there early and already told her it’s a terrible idea that will ruin her life forever.”