Nobody has to go and see any f**ker this weekend

WITH all relatives and friends met and all obligations discharged, the entire UK is not open to seeing any f**ker this weekend.

Following a month of drinks with friends and meals with family and dinners and gatherings and Zoom calls, the country is planning to have nothing to do with anyone outside their immediate household until at least Monday.

Nathan Muir of Glossop said: “Door’s shut and door’s staying shut. The lot of them can f**k off.

“I’ve seen my parents, my brother, my sisters, all their twat partners and twat kids, my mates, my other lesser mates, all the other scattered relatives and lonely dickheads in my life. I’ve done my bit.

“They’ve had their time and what did they do with it? Whinged about Ron’s van and Mum’s arthritis and cousin Sarah’s terrible trouble with her wet room. No wonder I’m sick of the pricks.

“I don’t want to see so much as the Amazon guy. It’s blinds down, movies and videogames and blessed, blessed solitude for this dude.”

He added: “I’m having a one-man lockdown. And it’s going to be f**king brilliant.”

A private education and an Oxbridge degree: Things twats think make life hard for them 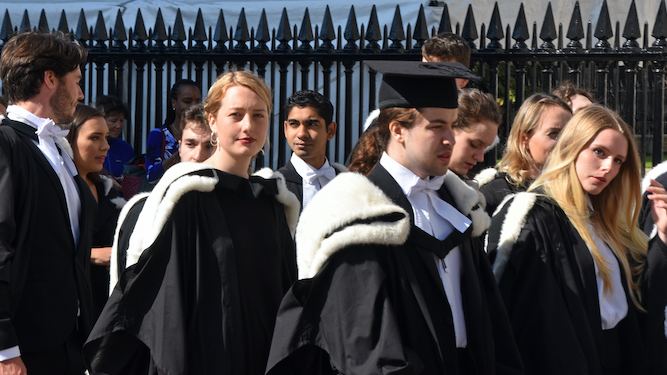 PEOPLE love to complain about how bad they have it, especially pricks who’ve been handed everything on a platter. Here’s what they enjoy whining about:

Their private education and Oxbridge degree

The BBC and other institutions are now actively trying to recruit state-schoolers, which discriminates against those poor unfortunates sent to expensive schools and elite universities in an effort to get them a career that mummy and daddy would be happy talking about at a dinner party. Heavy is the head that’s been given the several-hundred-thousand-pound education.

How they keep being cancelled

People who claim to have been cancelled take every opportunity they can to moan about it to a huge audience of people via television, radio, newspapers and social media. It’s so hard when you share your strange, entitled opinions and people think you’re insane and tell you so. How dare they?

Ugly people don’t understand the terrible stress of having strangers throwing themselves at you all the time. How are hot people meant to know if someone’s genuinely in love with them, or just bedazzled by their immaculate face? The answer is almost certainly neither, but their struggle is still real. In their heads.

Do you earn £500,000 a year? Are you livid that you have to pay 45 per cent of that back in tax? Make sure you write a furious article about it for your Daily Telegraph column, while simultaneously paying a creative accountant a large wad of cash to ensure it’s all moved to an offshore account and you barely pay a penny.