Women do walk of shame to hen night

A GROUP of women have been spotted doing the 11am walk of shame to their city-centre hotel for a hen night.

The woman tried not to catch anyone’s eye as they dragged their wheeled cases along the streets while shuddering in horror at the things they will do later that evening.

“And grinding myself up against ugly men just to score points in some sexist game? That’s sexual assault, and unconscionable, and I am officially disgusted with my future self.

“Yes, I will be drunk – in fact I’m necking a pre-mixed G&T now, to numb myself – but that’s no excuse for splitting my trousers while attempting to do the ‘slut drop’ to Drake in a nightclub at 3am.

“And I won’t even go home afterwards. I’ll stay out with my crotch out. It’s no wonder I’ll end up shagging that bloke in full view of a taxi queue.”

Bride-to-be Francesca Johnson said: “If I could do it all again, I wouldn’t do any of the awful things I’m going to do tonight. Still, too late now.”

How Madonna will out-weird Eurovision 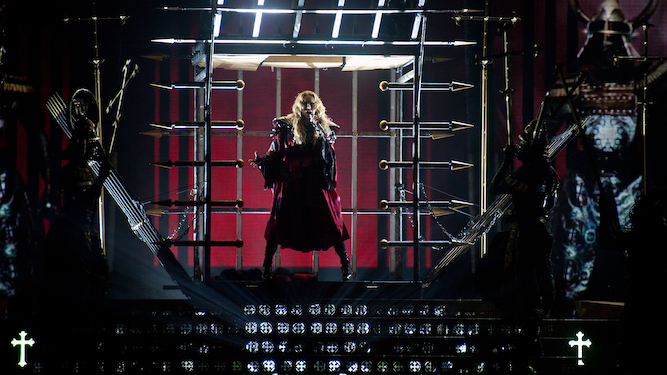 EVERY year, Brits gather at the home of their gayest friend to laugh at Eurovision and end up being totally weirded out by what Latvia considers pop music.

But how will this year’s interval act, Madonna, ensure she’s not outshone by the light of a million sequins?

Begins show on roof with legs poking through ceiling, essentially wearing the whole venue as an outrageous costume. And she didn’t even get planning permission, the scamp.

Adopt an Israeli and a Palestinian child live on stage, during a medley of her 80s hits, then force them to hold hands proving ‘peace is possible’.

Recreate the In Bed With Madonna years by enveloping the entire audience in a massive duvet, then shagging them under it. It’s not creepy, it’s sex positive.

Employ reformed military robots with laser arms as backing dancers, who not only vogue magnificently but perform corrective eye surgery on fans, providing a narrative arc of Madonna-as-healer.

Sings new ballad, against background of sweeping strings, the lyrics which the audience only realises too late completely gives away the conclusion of Game of Thrones.