Your local pubs, from worst to best

THERE are many pubs within walking distance of your home, but you only drink in one. Two at a push. Here’s why.

Maybe not actually a pub? Because you went in, once, past a bloke smoking a fag outside, and there was nobody in there and nobody behind the bar. No music or telly, lights blazing. The bloke came in and was the landlord and served you. You drank in silence and left.

Tucked down a side-street but surprisingly busy with patrons more pissed than you’d expect. Few chairs or tables. Very basic. Framed local newspaper stories on the walls. On closer inspection, recent stories about pub regulars being done for GBH at football matches. You leave your pints. A drunk’s heading over to finish them.

A locals’ pub. You know this because when you entered everyone stared at you like you’d walked into a stranger’s front room and asked for a drink. Conversation continues but only after a suspicious glance in your direction. You go in the beer garden for a fag and a man’s unconcernedly pissing on a lager keg.

Why is everyone in here so bearded? And it seems like they all know each other but in kind of a cult way? And the barman seems genuinely welcoming? Oh f**k. It’s a CAMRA pub. He’s guiding you through how hoppy the guest ales are. He’ll see you wincing when you take a sip. You’re effectively barred.

Typical soulless beer, meals and soft-play area chain pub, except less successful. Has all the facilities they have, but less maintained. The Sky Sports won’t turn down. Half the beers aren’t on. The kitchen stops serving at 8pm. When they say 30 pubs close every week, it’s ones like this.

Wetherspoons named after the inventor of the screw-cutting lathe. Exactly like all Wetherspoons everywhere. You’re in here quite often because it’s cheap.

Formerly The Coach House, now run by a local who brought in mismatched antique furniture, cocktails, gastropub fusion food and a DJ night because he went to London a few times and has a confused idea of sophistication. Your regular because f**k it, at least he’s trying.

New dating trend is never actually meeting any of them 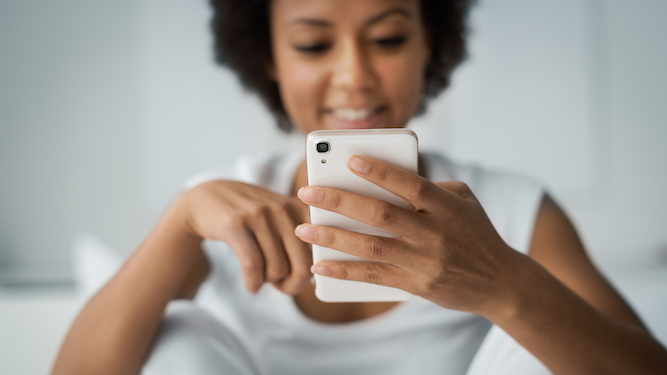 THE hot new dating trend is to endlessly f**k around on apps and never actually go on any dates with anybody, it has emerged.

Single people who have been on dates and found them to be dispiriting, crushing experiences leaving you feeling even more lonely and alienated have decided to keep the whole romance and companionship thing on their phones.

Lucy Parry of Hounslow said: “Have you ever been on a date? They’re f**king awful even if you don’t sleep with the guy.

“Anyone who seems to have potential on the app turns out to have no hair, odour issues, an ex they’re obsessed with to the point of stalking, or quite simply be duller than shit. It’s a problem.

“Then one day I was flicking between browsing Bumble and browsing Boohoo and I realised that, just like I never buy the clothes because they’re shit when they arrive, the same goes for dates.

“No more dates for me. I’ll flirt online, form a deep emotional connection online, start to find fault online and fall out of love online, eschewing the IRL part entirely. It’s the future of relationships.”

Online dater Oli O’Connor agreed: “You should never meet people. It’s always a let-down. If my parents hadn’t met I’d never have been born, and every girl I’ve ever dated says that would have been better.”