6 Music To Continue Doing Whatever It Supposedly Does

NOBODY is sure whether 6 Music has started broadcasting again, whether it stopped or what it actually does, following a decision by the BBC Trust.

The ruling was delayed after the Corporation’s team of in-house philosophers pondered the question – if a radio station that nobody ever listened to is left in the middle of a forest with no-one around, did it ever exist in the first place?

A BBC spokesman said: “If only we had just pulled the plug one Wednesday afternoon. Nobody would have noticed until Steve Lamacq started tap-dancing for change outside Marble Arch tube station.”

But the closure was abandoned after a high-profile campaign by fans of theoretical broadcasting claimed 6 Music was the world’s first quantum radio station.

Astromusicologist, Roy Hobbs, said: “6 Music can be said to simultaneously exist – as proven by Lauren Laverne’s constantly expanding presence in the Guardian – and not exist, as proven by the absence of anyone who has actually listened to it.

Campaigner Emma Bradford said: “The BBC has a remit to produce output which would not be commercially viable, which is why we will now be campaigning to save The Muttering Channel, RacistRecipes606 and BBC Wales.”

However, the closure of the Asian Network will go ahead after Coldplay decided not give a tuppenny shit about it.

Stubbornly alive frontman Chris Martin said: “If only they’d told me they were a bit peckish or had recently had a big flood.” 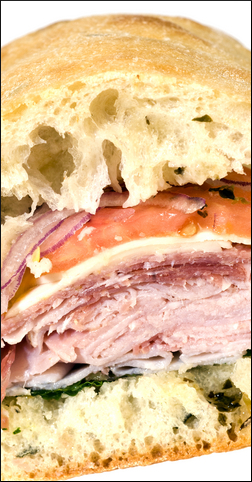 TRAGIC pop accident Jedward is to be eaten in a bap as part of a special offer meal deal at Subway.

The pop phenomenon’s meat has now been purchased by sandwich giant Subway and processed to become the third or fourth most important filling in the ‘Jedball Ranch Sub’.

A spokesman said: “It comes with our trademark bewildering range of identical sauces on 17,000 kinds of bread and served by a defeated-looking man in a polo shirt and fetish gloves whose life has ground to a halt in a convenient city centre location.

“There is no more fitting and delicious end to a glittering career spent mouthing words at vast crowds of fat girls in provincial car parks.”

An X Factor spokesman added: “We’re proud to team up with Subway, a brand whose smell permeates Britain’s high streets almost as strongly as our own.”

Jedward fan Nikki Hollis,from Doncaster, said: “When I saw T4 host Steve Jones fire a gas-powered bolt into Jedward’s foreheads, I thought it was the end. Really it was just the beginning.

“I got a piece of toenail in my Jedball Sub! I’m going to have it made into a pendant!”

She added: “I was hoping for some bell-end but this is even better because it lasts forever. My mate Mandy got an eyeball and I stood on it because I was jealous.

“When I grow up I want to be famous, either as a singer or as food.”