Adult expects kids' film to solve all her emotional issues

Mary Fisher said: “In a world where we’re killing the planet and I’m going to have a grab bag of Frazzles for my tea again, I look to kids’ films for an uplifting message and clear moral guidance, rather than actually being a*sed to work on my issues.

“Woody and Buzz have been good buddies to me for 20 years, Bo Peep is a kick-ass feminist sister-in-arms and I thought Mr Potato Head could help me face my body image issues.

“But an hour-and-a-half with that gang just reminded me that no one has got their sh*t together, everything’s impermanent and supermarket Frazzles aren’t actually food.”

Fisher’s past failed attempts at self-improvement have included learning mindfulness from Kung Fu Panda, and getting life coaching with Donkey from Shrek.

Boris Johnson's guide to 'levelling up' your life 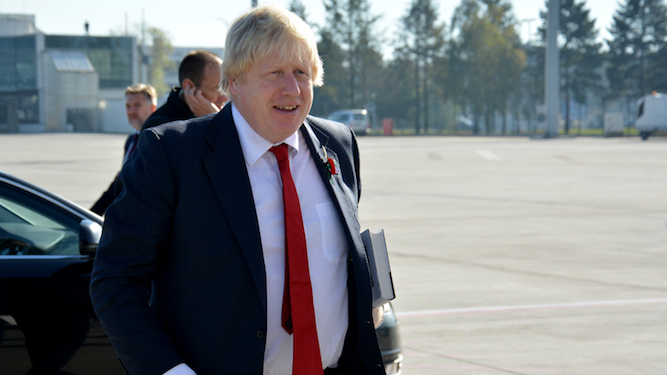 I’M levelling up Britain so that everyone has more opportunities, even though they’ll never amount to anything because they didn’t go to Eton. Here’s how to level up your life.

Move some important things up North

Such as your second home and your mistress. If enough of you do this, Wigan will become a tax haven-slash-swingers-resort, which would make it really worth visiting. In fact, I might rebrand it as Northern Vegas.

Travel to a remote area of the UK

HS2 will enable Londoners to travel to far-flung areas of the UK, like Birmingham. It’s the most exotic place you will be able to conveniently travel to now that Brexit has happened. Don’t go to Scotland or they will eat you.

I have to do this because I’m meant to look like I care about every person in this country and not just the rich ones. However, I’ve found it’s good for my self-esteem because I feel very superior to them.

Engage with the next generation

Talk to your children, even if you have previously refused to acknowledge their existence. I would engage with all mine, but the Child Support Agency have bizarrely lost all records ever since I suggested I might move their offices to the Outer Hebrides.

Buy a house outside London

Consider moving outside of the M25. You’ll find house prices eye-wateringly cheap so once you’ve sold your London house you’ll be able to buy an entire village in Lincolnshire and live like a feudal lord.