THE new Harry Potter play will feature Harry’s time-wasting brother Geoff constantly coming round with some stupid problem or request, it has emerged.

Uncle Geoff is the latest character from Harry Potter and the Cursed Child to be announced, with his role expected to involve borrowing tools, outstaying his welcome and talking bollocks.

JK Rowling said: “Geoff’s a wonderful character, full of riddles and mysteries. Why has he been divorced four times? Will he ever return Harry’s hedge trimmer? Will he be staying all fucking afternoon?

“It’s Geoff who revives Voldemort and his army of Death Eaters while trying to open a tin of paint with Harry’s wand.

“He’s also the Potters’ last-resort babysitter, leading to Albus getting pissed on lager while Geoff self-pityingly tells him, ‘Don’t be like me, mate, do something with your life.’

“There’s also a fantastic scene where he fights a basilisk with a borrowed step-ladder.”

Rowling said she was now working on a series of ‘Geoff’ novels, starting with Uncle Geoff and the Request to Look After His Girlfriend’s Cat: Part 1. 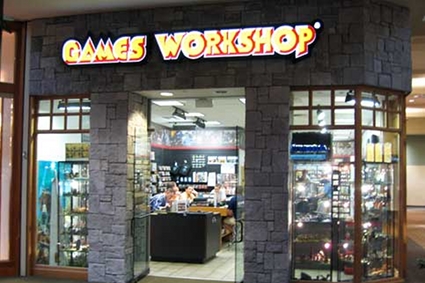 A 31-YEAR-OLD man almost went into a branch of Games Workshop but was worried that somebody might see, it has emerged.

At one point he visibly mouthed the word ‘cool’ while studying a model of a futuristic troop carrier that had been modified to simulate battle damage from enemy soldiers firing their laser guns at it.

Logan then quickly checked whether anyone from work was watching before reaching for the door, only to hesitate when he noticed the long-haired shopkeeper with bad posture was seated around a large table with a group of pubescent boys, rolling dice in a strangely intimidating manner.

He then quickly entered the Greggs next door, pretending that it had been the focus of his interest all along.

However Logan later denied all interest in Warhammer-related products: “I could never get into that sort of thing, it’s for nerds. What sexually mature adult would be into monsters with axes fighting pretend battles for imaginary kingdoms?

“I’m into normal stuff like women, beer and Game of Thrones.”