EVERY female character in TV and film is now exceptionally determined and hard as nails.

Consumers of entertainment are puzzled as to why all female characters have suddenly become natural leaders or acquired superhero-style fighting abilities.

Office worker Donna Sheridan said: “In every period drama I’ve seen recently a female character takes charge of everything, when in real life she would probably have been told to go away and do some needlepoint.

“Then last night I watched a thriller and realised it was the third time this week I’d seen a nine-stone woman batter the fuck out of blokes with three times her body mass.”

Television fan Tom Logan said: ”I was going to ask my girlfriend why all the women on telly are dead hard but I was afraid she’d punch me in the windpipe and throw me through a window.”

Cultural historian Emma Bradford said: “Strong fictional women may be an attempt to compensate for years of weak female characters who were just there to look nice, get murdered or listen to important exposition.”

”However, it’s equally likely that producers think more people would have gone to see Die Hard if Bruce Willis had tits.” 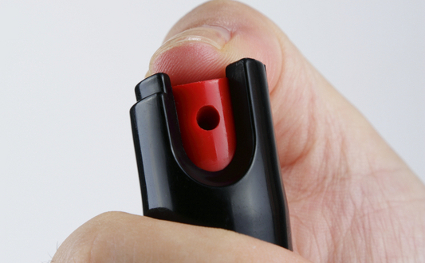 Foy has harnessed the spray’s perimeter-defining power to assist his daily life and took it with him to a house party after officiating at Tottenham-West Ham.

Party guest Stephen Malley said: We couldnt get near the buffet table all evening. As soon as anyone tried to approach, Chris would squirt foam on their shoes.

Once hed eaten all the preferable types of sandwich, I managed to have a chat with him but as soon as I brought up Kyle Naughtons red card against West Ham, out came the aerosol.

A FIFA spokesman said: We give referees full discretion to use the vanishing spray.

But its really for preventing a defending team encroaching on an attacking free-kick, not for gaining advantageous access to cocktail sausages or stopping your spouse asking if you took the bins out.”