UNMARRIED people are to be forced into strangers’ family homes as long-lost aunts or uncles, the government has announced.

They must stand at the back for group photos

Family obsessed prime minister David Cameron is to evict anyone who lives alone, moving them into the spare bedrooms of family homes where they will live as a long-forgotten relative recovering from a spell of amnesia.

If youre not going to marry and breed, the next best thing is to live in a house with a proper family, fixing the kids bikes, getting pissed with the dad and helping mum to make biscuits with Smarties in.

31-year-old Tom Booker said: Last week I had my own flat, now Im sharing a bunk bed with some strangers kids and being called Uncle Terry. Apparently I have to keep it up or go to prison until I die.”

David Cameron said his love of family was so strong that he feels a corresponding loathing for single adults.

If youre not in a family, youre nothing. Why should the British taxpayer subsidise your miserable meals for one, your pathetic walking holidays, your sickeningly half-empty wheelie bins?

Look at Jamie Oliver, hes doing it right. Hes got kids and a massive kitchen, thats why hes deliriously happy about mundane items like olive oil. 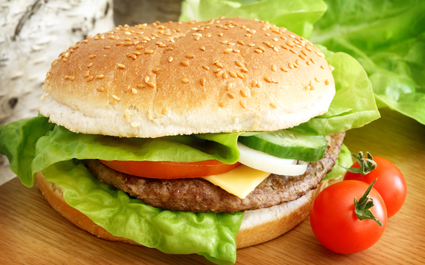 REGULARLY eating food protects against death, it has emerged.

Professor Henry Brubaker of the Institute for Studies said: Theres been a lot of negative press about food lately, with some doctors and telly people giving the impression that youre best off avoiding it all together.

We took two groups of rats and locked group A in a supermarket for a week, where they ran around eating the bejesus out of all the food while group B didnt get any food.

At the end of the experiment the supermarket rats had grown to the size of small labradors and their pelts were just as shiny, while group B unfortunately didnt make it.

Professor Brubaker believes there is a clear link between eating food and not dying.

You need to eat food every day. Probably not loads of the same thing like in a contrived documentary, or Haribo which doesnt count, but some food.

Eventually you will die, but that is inevitable.