All That She Wants was last proper Number One

MORE than two decades have passed since people knew what was at the top of the charts, experts have discovered.

The last commonly-recognised ‘Number One’ was Ace Of Base’s All That She Wants in June 1993.

Professor Henry Brubaker of the Institute for Studies said: “Time was when not knowing what was number one was like not knowing it was raining.

“Nowadays it could be any maniac with a large, supportive family and an iTunes account. Last year 43-year-old Roy Hobbs topped the charts with a bossa nova track about igneous rock.

Plasterer Stephen Malley was number one for 105 consecutive weeks between 2007 and 2009 with a song about dogs, called Dogs.

However, this could not guarantee Malley a table at his local Pizza Express during busy periods.

Professor Brubaker said: “Mr Malley shouldn’t take it personally. It’s not his fault we’re living in the most culturally barren century since the Dark Ages.” 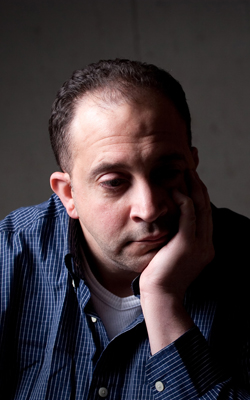 DADS are struggling with normality after 24 hours of unbridled self-indulgence.

After receiving incredible gifts like three craft ales in a gift box during a day devoted entirely to them, men are experiencing the oft-reported ‘Father’s Day Comedown’.

Father of two Stephen Malley said: “From getting a chocolate beer mug with my name on it, to being allowed to watch the poor new Die Hard film, yesterday was a non-stop rollercoaster of unbelievable thrills.

“But today it’s like my family are virtual strangers again. I’m even wondering if the ‘Dad In A Million’ card I got was intended ironically.”

Solicitor Joseph Turner said: My daughters took me to a steam fair. I saw men race lawnmowers, I saw monster trucks, I saw a model of The Flying Scotsman constructed from more than 750,000 matchsticks.

“It was the greatest day of my life. But now my world feels like a prison.”

Psychologist Nikki Hollis said: “Getting a card that describes you as the ‘world’s greatest dad’ is an incredible rush.

“Then it’s Monday and you’re not the greatest in the world at anything any more – you’re just a twat with a bad back.”

“Dads must find the strength to keep going with their normal routine. Go to work, have a brief conversation while eating and then stick on Call of Duty until everyone else has gone to bed.”