All the best music was 25 years ago, scientists in their late 40s confirm

A GROUP of leading musicologists in their late 40s have confirmed that music has gone steadily downhill since 1996.

The scientists have studied the last quarter-century of recorded music and believe there is no doubt that it has precipitously declined in quality since they were young and heard it played in nightclubs.

Professor Joseph Turner said: “We’ve double- and triple-checked these results with test subjects, all born in 1976 at the latest, and this isn’t conjecture. This is objective fact.

“It isn’t an absolute cut-off. Lots of the bands who were making music in ’96, for example Underworld who I took my first E to at a Megadog in Leicester, are still musically vital today.

“However every musical genre that’s come along after that date, any musician younger than 40 and pretty much anything produced in the last decade after I had kids, is shit. I mean it’s just noise.

“Compare that crap to DJ Shadow’s Endtroducing or Suede’s Coming Up, both of which I remember buying from HMV when I was young and gorgeous and had my whole life ahead of me, and there’s no comparison.

Poetry, and four other things people pretend to be into to get laid 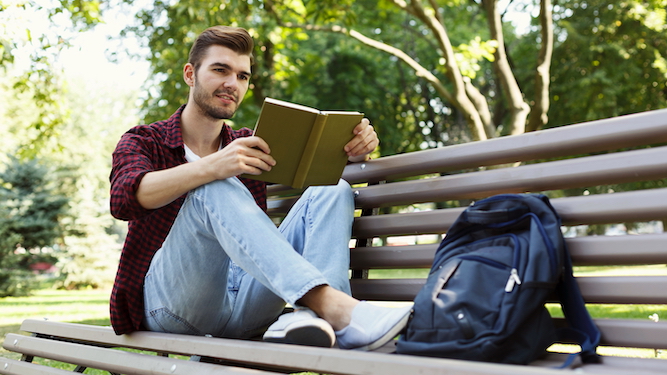 SUCCESSFULLY appearing attractive is impossible by just being yourself. Pretending to like these things will make you more shaggable:

In order to appear discerning and cultured, you only use the word ‘film’ when talking about movies for the first few dates. You just hope that you hook up before you’re rumbled and they find out that the ‘library of cinema’ you referenced actually consists of a blu-ray of The Matrix and the Big Momma’s House franchise on DVD.

To appear daring and exciting, you’ll pretend that a typical weekend for you consists of scuba-diving, wind-surfing and fell running. If you do end up hooking up with this person, you better hope that they’re also actually terrified of the outside world and spend all their time slumped in front of Netflix too.

There is a certain type of person, typically a guy, who boasts they love to cook as a way of showing how cultured they are. While they want you to think they’re bordering on getting a Michelin star, in reality they can barely make beans on toast without burning the beans and the toast.

To make yourself seem compassionate and sensitive claim that you love poetry. Best case scenario: the other person takes you at face value and this never comes up again. Worst case scenario: they’re actually into poetry and suddenly you’re wildly out of your depth, trapped in a conversation about TS Eliot’s The Wasteland you’re not even close to equipped for.

Long walks by the beach

A classic romantic move when you’re trying to show that you have a deep appreciation for the beauty of nature. In fact, you hate the idea of going somewhere where your shoes and socks fill with sand while you struggle to make a conversation over a howling gale but it’s what you’re meant to do, isn’t it.