Ant Middleton, Tyson Fury, and other autobiographies every wanker owns

VISITING the home of a twat? Here are six autobiographies that are guaranteed to have pride of place on their shelves:

Everyone needs a bit of positivity now and then, even aggressive bastards. And SAS: Who Dares Wins bad boy Ant has a lot to say about being a buff, burly man who’s overcome his demons by shooting foreigners. If you go to the house of a man with ‘Mission: Total Resilience’ on his shelves, he’ll definitely turn out to be a crybaby with mummy issues.

Unfortunately, Jeremy Clarkson has never written his full life story, preferring instead to to eek it out over hundreds of nauseating columns in The Times. But fellow grumpy bloke Hammond is here to fill that gaping Top Gear-shaped hole in your brother-in-law’s shelf with a book about how amazing cars are, apart from when one nearly killed him.

The idea of punching people professionally really appeals to most wankers, so here is a whole book about making a shitload of money from it. It will also teach them that admitting you’re flawed and have mental health issues means you don’t have to take responsibility for the sexist and homophobic remarks you’re always spouting.

Chief Scout Bear’s life lessons about drinking piss in the wild really speak to your middle-manager cousin who has never been camping but thinks National Service should be brought back because ‘Gen Z are too f**king soft’. Gryll’s autobiography ‘Never Give Up’ will give him some useful tips on navigating the treacherous ten-metre journey he makes from Tesco to his car when it’s dark and raining.

Rounding off any wanker’s collection is an untouched copy of Captain Tom’s memoirs, sat there only because it has something to do with the army and there’s a white man wearing a load of medals on the cover. If you make a passing remark about Britain’s bizarre sentimental obsession with World War Two, you’ll be called a traitor and smacked round the face with a hardback book.

The lights and other things you are now afraid to use 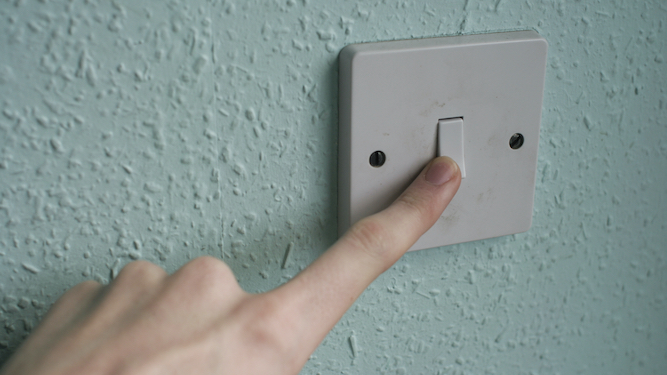 ENERGY prices have made even the most basic of appliances eye-wateringly expensive. Here are five things you are now afraid to use:

Lights stop you from walking into the furniture, but they are also secretly rinsing you to the tune of hundreds of pounds. Save money by investing in an oil lamp, or train your eyes to see in the dark like a goblin. If that doesn’t work, try mastering echolocation. If it’s good enough for bats then it’s good enough for you.

Even in the days when money could buy you an acceptable standard of living you were cautious about putting the heating on. Now that prices have gone up the idea of attempting to live comfortably in your own home scares you shitless. And with good reason, as it’s f**king pricey.

Enjoying a cup of tea or coffee at home used to be cheaper than going to a cafe. Now it’s more affordable to have a few rounds at Starbucks while stuffing cake into your face with jittery hands than to fire up the kettle. Expect the luxury of having a brew at home to be the latest bullshit reason people can’t afford housing deposits.

Yes, sadly even your best friend television has turned against you by upping its operating costs. At this rate you might be forced to pick up a book or go for a walk instead of being glued to repeats of Bargain Hunt and Taggart. Should it come down to a choice of eating or watching TV, try to remember that being bored isn’t as bad as being dead.

Gone are the days where you could idly toss your dirty plates into the dishwasher without a care in the world. If only there were another, cheaper way of washing dishes. Sadly the only option is to clean them by hand, and there’s no way you’re returning to that miserable lifestyle, even if the only food you can afford to eat off them is stolen from a skip at the back of Iceland.