ARTICLE 50 is set to be the name of some weird experimental band in the year 2076, long after anyone remembers what it meant.

The band, which will consist of three people who met in a robot-owned nightclub, will settle on Article 50 after noticing it in on a page on Wikipedia, which by that point will be in 3D.

Singer and synth player Tom Booker said: “People always ask us what the band name means. Apparently, it was this bullshit legal thing from like 60 years ago which people hoped would stop foreigners coming into Britain.

“Didn’t work obviously and I suppose that’s why no one remembers it.”

Drummer Julian Cook added: “Yeah, some guy called Nigel Garage came up with it, shortly before he was decapitated in a freak wind turbine accident.”

“I wanted to call us The Brexiteers but apparently that made us sound like a gang of right bellends.”

Brexiters confident obscure local grievances will be in government plan 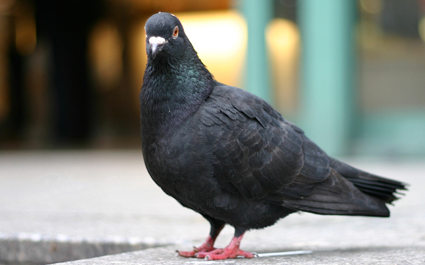 BREXITERS believe the weird local grievances that made them vote Leave will be addressed in the government’s plans.

Thousands are convinced Brexit will solve problems like their local town centre being full of manky pigeons, or people skateboarding on pavements.

Pensioner Mary Fisher said: “There’s too many teenagers using bad language in the pedestrian precinct and they closed down the wool shop, so naturally I voted to leave the EU.

“I’m sure the Brexit plan will sort it out, not to mention my friend Linda finally getting a decent TV signal and my grandson Lee finding a course where he can study sport and dinosaurs.

“Also the bus service to Snedley has stopped going to Latchford Heath and you have to get on a different one at Lobwick, so the sooner they trigger Article 50 the better.”

Shopkeeper Roy Hobbs said: “This area has been depressed since the local factory shut down, but after Brexit we can reopen it and start making video recorders again.

“I’m also hoping Brexit will make Magnums massive again like they used to be.”