AWKWARDNESS has descended on an office after a man bought an expensive Christmas gift for a female colleague, it has emerged.

Onlooker Donna Sheridan said: “We normally give each other things like large bags of Maltesers or a free calendar sent from a supplier, so it was a surprise to see a properly gift-wrapped box.

“When she opened it, it was clearly a proper present, at which point there was an incredibly awkward atmosphere and time seemed to slow down a bit.

“Tom said something like ‘You said you hadn’t got a DVD player so I thought, why not?’ but he may as well have said, ‘I love you with every fibre of my being!’

“Emma said ‘That’s really nice!’ but you could tell she was mentally rehearsing a ‘I like you as a friend’ conversation, which made me feel strangely sorry for Tom, the twat.”

Logan said: “I decided to get her a present she’d make good use of. The fact that she is beautiful and I think about her soft golden hair all the time is purely coincidental.”

Friend wants to know what you really, honestly think of his band 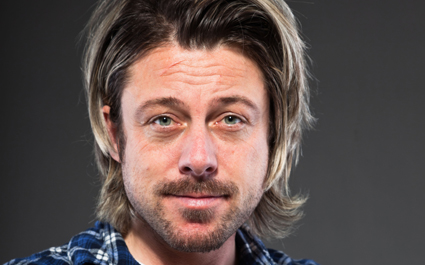 A FRIEND wants to know if you really believe his mediocre covers band could ‘make it’.

38-year-old Tom Booker formed Lizard Kings 12 years ago, performing solid but workmanlike rock covers and a few deeply average songs of their own.

He said: “Sometimes I feel like you guys don’t think I can make a career of this.

“But I’m not 40 yet, not for 17 months goddamn it, and we’re getting rave reviews in the local paper who described us as ‘energetic’ and ‘generally solid’.

“Once we’ve got the new drummer bedded in, things are really going to start happening. He believes in the band because he’s going to stay on benefits instead of getting a job.

“We’re already booked to do a four-date tour of Worcestershire in May, so there is no plan B.

“Even so, if you said ‘sorry Tom, I love you but I don’t think this is a goer’, I would probably not devote the remainder of my life to it.”

After getting a dishonest answer, Booker went back to wasting his life.