MORE vinyl albums are being sold than food, because owning records is more important than eating.

Supermarkets are now allotting up to 90 per cent of shelf space to classic vinyl, while food is relegated to a small specialist area hidden away at the rear.

Nathan Muir of the Vinyl Society said: “Food provides energy, I suppose, but you only need that to actually put records on the turntable.

“I get all the sustenance I need just gazing at these marvellous sleeves; Bowie’s Blackstar, the Mac’s Rumours, The Wombles’ Superwombling. Ah, so nourishing.

“I do feel a terrible gnawing inside, like my body is slowly devouring itself, but that’s just because I discovered the soundtrack to Halloween III was issued on ‘blood-speckled’ 180 gram vinyl in 2016 and I need it. But also food. But I’ll get the vinyl.”

Record collector Roy Hobbs agreed: “I wish they’d get rid of air and replace it with vinyl. Everyone breathes air but vinyl makes you special.” 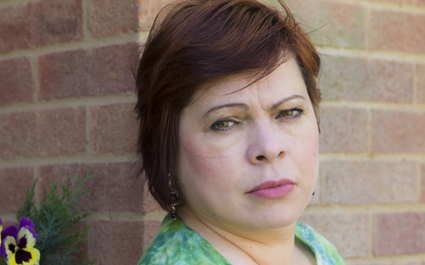 MOTHERS have demanded to know what time you are coming around on Christmas Day, to the nearest four minutes.

Mums across the country are urgently pleading for clarity, transparency and accuracy about your arrival time in just over a fortnight.

The agreed time must then be upheld at all costs, even if there is a massive natural disaster.

Mother Susan Traherne said: “You may not think it’s important, and no doubt you’re all rolling your eyes at this, but we do actually need to know because this shit has to be locked down tight.

“It’s just a matter of showing a little respect. If you’re not sure, there’s a ‘sprouts window’ between 11.47 and 11.51 that would be acceptable.

“Later there’ll probably be a Christmas special of Call The Midwife that we could all resent having to watch together.”

She added: “If you’re staying on Christmas Eve don’t get drunk with your mates and puke out of the bedroom window like you always do.”