CHANNEL 4 has unveiled this year’s Bake Off hipster, who will meet with a terrible fate.

‘Dan’, who has a beard, tattoos and a ‘man bun’, has been confirmed as this season’s sacrificial hipster who will leave the show in an ignominious and possibly gruesome manner.

A  Channel 4 spokesman said: “Somehow it’s become part of the The Great British Bake Off format that a hipster has to experience suffering. In fact, the cake stuff is secondary to that.

“Last year’s hipster had a bit of a meltdown and chucked his cake in the bin, but was never properly punished. So there’s a lot of bad hipster karma unaccounted for.

“We can’t tell you what happens to Dan, but a lot of those kitchen implements are very sharp and maybe that hat obscures his peripheral vision when he’s rushing around.”

Bake Off fan Emma Bradford said: “I’ve never met this man, but his tattoos and facial hair have made him a lightning rod for all my frustrations with the world.

“Perhaps he gets eaten by an oven. I would like that.”

Woman who watched Mindhunter believes boyfriend is a serial killer 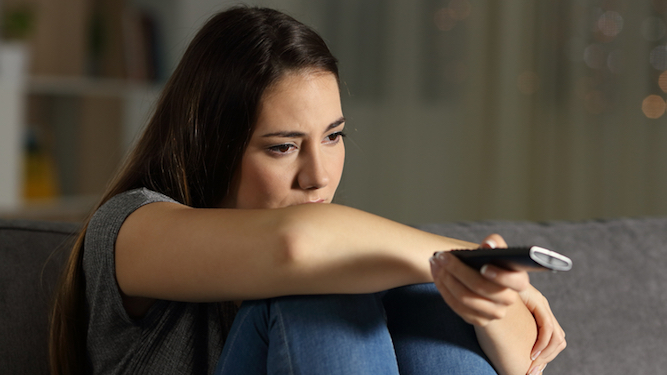 A WOMAN who binge-watched all the episodes of Mindhunter is convinced she has developed an instinct for sniffing out sadistic murderers.

Nikki Hollis spent two days in a darkened room with the Netflix show about the FBI Behavioural Science Unit and now believes boyfriend Tom Logan has a psychological profile identical to Charles Manson.

Hollis said: “Tom’s definitely got deviant tendencies similar to these unhinged killers. It’s not a big leap to imagine Son of Sam never remembering to put the lid back on the Marmite.

“I haven’t got any actual proof yet, but I’m sure it’s only a matter of time before I find Tom crucifying cats in the garden. And then it’s just a slippery slope to murder.

“All the signs are there: childhood trauma, inability to relate to women, lack of remorse. This sick psycho scumbag has got me on his case now.”

Logan said: “I think Nikki’s referring to the time I fell off my bike when I was a kid, the fact that I told her to stop doing weird sh*t to her eyebrows, and because I won’t apologise for saying Emmerdale is b*llocks.

“If anyone’s psycho around here, it’s her. I think she was secretly taking photos when I was digging a hole in the garden to transfer a pot plant.”