SMELLING of chip fat in a Blackpool amusement arcade is still better than Banksy’s latest exhibit, visitors have confirmed.

After the artist revealed his new ‘installation’ called ‘Dismaland’, tourists said it is at least five times more unbearable than the thing it is attacking.

Holidaymaker Roy Hobbs said: “I went to Blackpool last year where I got hammered, fell over and hurt myself – quite badly – but also had a one night stand with a really smashing girl.

“At Dismaland I got patronised, expensively.”

Hobbs added: “I don’t mind an insightful critique, but maybe throw in a few flamingoes and a voucher for a rum-based cocktail.”

Attractions at Dismaland include a coconut shy of police helmets with swastikas stencilled on them and dodgems in the shape of world leaders that fart money when crashed, both of which provide a searing commentary.

Meanwhile, the Jeremy Kyle-themed rollercoaster is closed for repairs after being derailed by its own metaphor. 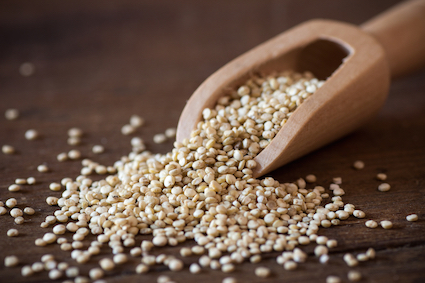 LABOUR has rejected thousands of leadership votes from people who are insufficiently aspirational.

Labour officials, determined to stop a Jeremy Corbyn victory, have launched ‘Operation Quinoa’ to root out poor, working class people unable to pronounce the name of the Peruvian superfood.

Nikki Hollis, who joined the party last month, said: “I got a call from Labour HQ asking if I’d ever been to a farmers’ market and, if so, did I buy a particular grain that is grown in the Andes.

“I said no I hadn’t as I’m on a low income and farmers’ markets are designed to take advantage of simpering, middle class fucknuts with more money than sense. That did not go down well.”

Hollis added: “They said that unfortunately my vote wouldn’t count but that I could vote in a future contest if I make some important changes to my lifestyle and personality.”

A senior Labour source said: “We’re just trying to take our party back from working class people and their big, greasy hands.

“One of them pronounced it ‘kwang-woo’.”