BBC Hails New Doctor Who As Much Cheaper

THE BBC last night hailed new Doctor Who Matt Smith as one of the cheapest young actors of his generation.

The unknown Smith has signed a two year contract to play the Time Lord and will be paid mainly in sandwiches.

His previous roles include work experience on the Billie Piper drama The Ruby in the Smoke. He also appeared in the follow-up The Shadow in the North for which he received two tickets to Longleat Safari Park.

Smith said last night: "During all those years at drama school and then struggling to break into the business, not once did I think I would ever get the chance to visit Longleat.

"It's a really good day out. Great fun but very well organised. A monkey jumped on my car!"

It is understood Smith will receive lunch and dinner sandwiches based on a rota of three different cheeses.

He will also be given a 'mystery bag' of sandwiches to take home on Friday afternoons.

A Corporation spokesman said: "The BBC has to weather the economic storm like everyone else. Tough times mean cheap actors who will work for cheese and pickle."

He added: "And if Matt proves to be a hit with the viewers we could always look at giving him the leftovers from Jonathan Ross's dressing room." 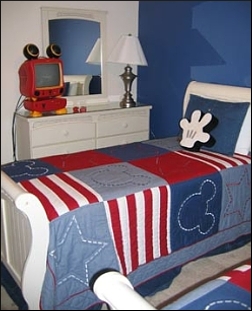 JACK Logan, the child who made his own bed every day for a week, has been knighted in the New Year's honours list.

Ten year-old Logan said he was thrilled but surprised to receive the honour, insiting he was only doing what he was paid to do.

Sir Jack added: "I am very well compensated for my bed making, as you can see from these excellent new trainers, so it feels a bit weird to be knighted as well.

"I just hope this honour can help to raise the profile of British bed-making and inspire lots of other children to make their beds for more than two days in a row. London 2012 here we come!"

There were also MBEs for eight year-old Sally McKay and 12 year-old Josh Hayes who both helped their fathers wash the car.

Meanwhile three year-old Ben Malley becomes a CBE for going pee-pees all by himself.

Elsewhere top Treasury mandarin Nick McPherson is knighted for 'services to going to lots of meetings and writing stuff down while the country turned to shit'.

But there was disappointment for veteran entertainer Bruce Forsyth who was once again rejected for a knighthood as both Downing Street and the Palace continued to frown upon his support for the Khmer Rouge in the early 1970s.