CHILDREN'S radio presenter Chris Molyes is to approve all of the BBC's output, it emerged last night.

Corporation bosses have asked the DJ to inject his record-breaking personality into every aspect of the BBC's TV and radio programming as part of the ongoing Moyleification of everything in Britain.

Moyles said: "I'm going to sit in on the Today programme for a couple of weeks and interrupt John Humphrys with my observations about Afghanistan, like how come, right, they can't just have a laugh about everything and stuff?

"And that Robert Peston needs to do more stories about whether or not the recession is making women's tits bigger. I think it is."

"There are some really important questions about baboon's arses that have never been answered. Why are they so bald? Do they change colour? And what do baboon farts actually smell like?"

He added: "This morning I have ordered Chris Evans to take over from Terry Wogan and I've texted that Simon Schama about my idea for a show about the history of crisps."

Moyles has also called for a shake-up in the BBC's 250,000 hours a year of antique-based programming including a new show called Benders in the Attic where members of the public will pick up some old poof and then see how much money they can get for him at a car boot sale.

A BBC spokesman said: "You thought it couldn't get any worse, didn't you? Well, it can." 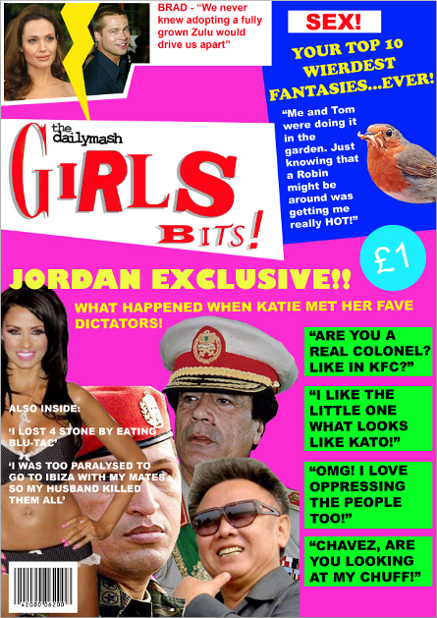