THE BBC is to launch a £10m probe into claims of sexually suggestive language in its 1970s cartoons.

A spokesman said: “We’ve decided that a ‘Pugwash’ means being urinated on simultaneously by four Radio One DJs.”

The Pugwash inquiry forms part of larger £400m BBC investigation into every single thing that was said, done or thought about in Britain between 1970 and 1985.

Meanwhile, a separate £30m probe will attempt to find out how its radio headquarters in central London came to be named ‘Bush House’.

The spokesman added: “We would prefer if you didn’t call it a ‘probe’. We think that’s inappropriate.”

The corporation stressed the Pugwash probe will not involve actually watching Captain Pugwash, but will instead examine the culture that led to rumours about the names of some of the characters in it.

The investigation will also look at other 1970s animation after claims that ‘Mary, Mungo and Midge’ was secretly used as a verb. 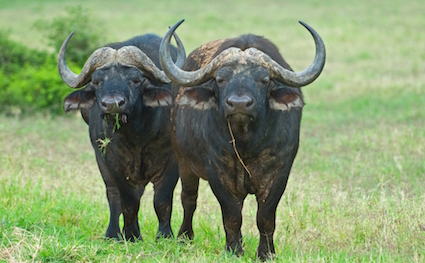 Attenborough has become the latest BBC presenter facing allegations of inappropriate behaviour after dozens of species contacted the corporation.

Eight-year-old water buffalo Tom Logan said: “He said that it was important for audiences to learn about Africa’s delicate ecology, and that lovemaking was key to the cycle of life.

“I didn’t really understand it at the time – surely most humans already know about sex, it basically works the same for all mammals.

“But he was very persuasive, saying ‘Don’t you care that your habitat could be under threat?’ and ‘It’s as natural as going to the watering hole’.

“As a prey animal I’m used to things looking at me hungrily but what I saw in David’s eyes was a different kind of appetite.”

“But David was like, ‘We will need to show all aspects of your life cycle.’ I didn’t know what he meant at first, then he did a hand gesture mimicking two invertebrates in the throes of passion.

“He’s not a national treasure, he’s a grubby old sod with chipped fingernails.”