BBC To Screen Gaza Appeal If It Includes Phone-In Scam

THE BBC has agreed to air a charity appeal for the stricken people of Gaza, as long as they can include a fraudulent phone-in contest, it emerged last night.

The Corporation is finalising the details but insisted it needs time to develop a phone-in scam that is both horribly dishonest and completely impartial.

A BBC spokesman said: "Obviously we are looking at ways of skimming five, maybe ten pence off the top of every donation.

"But we'd also like to set up a fake competition to run alongside the appeal that would then be won by a member of staff posing as one of the plebs.

"We could maybe offer a two week trip to Israel and the question could be something like, 'how do you spell Gaza?' Is it a) Gaza, b) Gazzzza, or c) fyjyplymp?'"

The BBC had earlier refused to screen the appeal claiming it would face accusations of being biased towards not dying horribly.

The spokesman added: "Screening a humanitarian appeal which most people are going to ignore anyway would have destroyed the BBC's reputation, just as if it had been hit by wave after wave of indiscriminate air strikes."

Tom Logan, professor of communications at Reading University, said: "It's a difficult one for the BBC. It has to weigh up a lot of very complex factors before surrendering five minutes of airtime that would otherwise be filled with vapid, unoriginal shit."

The BBC appeal will be introduced by Jonathan Ross, the jumped-up researcher, who will highlight the suffering of Palestine's 80 year-old grandmothers, many of whom he would like to have sex with. 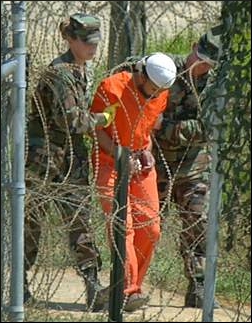 Signing the executive orders, Mr Obama said the 'pathetic and embarrassing hospital drama' had 'damaged America's reputation across the world and made its citizens less safe'.

Human rights group Amnesty International welcomed the announcement claiming the programme was a 'symbol of injustice and abuse' and a 'legal and moral disgrace'.

White House spokesman Robert Gibbs said: "For the last five years Americans have asked how a nation which created The West Wing, The Sopranos and Dallas, could have allowed this to happen.

"Grey's Anatomy has not only strengthened the resolve of our enemies but helped to create new enemies.

"In the villages of Pakistan and the camps of the Gaza Strip young men are being shown that episode where the simpering cow looks longingly at Patrick Dempsey before launching into a monologue about how in life you don't always get what you want, while Chris Martin sings 'I will try to fix you'.

"Young muslim men come away from that experience determined to kill as many Americans as possible."

Obama has also promised to abolish the practice of 'Katherine Heigl-boarding' where terror suspects are strapped to a plank and forced to watch an episode of Grey's Anatomy where Heigl tells the small gay actor that 'maybe it just wasn't meant to be' for the 14,000th time.