ANDREW Marr will explore the history of crisps in a new 26-part series on BBC1.

The titan of political fondling will take Britain on a 3.5 million year journey from the dawn of crisps to their dominance of the global world.

Staring into the camera, all serious, he said: “What was it that first inspired an ancient monkey to fondle a potato?

“And in solving that mystery, perhaps we might just learn something important about ourselves. Join me on a quest.”

The series will begin with the unearthing of an early potato in the Nile Delta before fast-fowarding to the 1960s as quickly as possible.

Libyans to hunt down Back to the Future Libyans 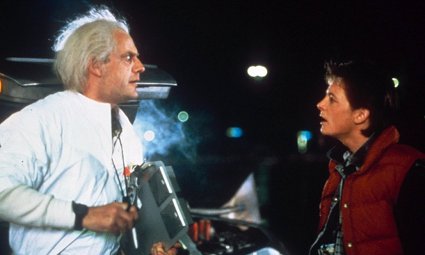 LIBYA has vowed to hunt down the Libyans who murdered one of the 1985 versions of Doc Brown in Back to the Future.

A spokesman said: “They are driving around Hill Valley like a bunch of maniacs while hanging out of the windows of their vehicle, wielding massive machine guns.

“Everyone else in the town is on a skateboard.”

He added: “If we do not stop them they will get the plutonium.”

Libya is also hoping to persuade Doc Brown to take a leave of absence from his time-travelling steam train and help to identify the Libyans by shouting ‘the Libyans!’.