GOVERNMENT chief whip Andrew Mitchell is a serial abuser of public servants, it has emerged. A Downing Street source said: “We asked Andrew to come in for a chat about the policeman, but when the prime minister was ready to see him he had disappeared from the outer office.

“Eventually we looked in the stationery cupboard and there he was, coming like nobody’s business into a nurse’s handbag that he had apparently stolen from St Thomas’s Hospital.

“We tried to prise it out of his grip, but he resisted us, shouting ‘I haven’t finished yet!’. Only when he had fully climaxed did he relinquish the bag, comb his hair and agree to see the prime minster.”

The source added: “Using the contents of the bag we tracked down the owner, Ms Bradford, who said she was maybe the 10th or 11th nurse at St Thomas’s into whose handbag Mr Mitchell had ejaculated.”

Ms Bradford said: “Whenever a handbag is missing we just assume that Andrew Mitchell has got hold of it.

“When he’s finished with it he usually just flings it into a hedge and eventually it finds its way back to its owner. It’s nice to get your purse and your keys back but of course you do have to throw the bag away.”

Downing Street confirmed that Mr Mitchell also likes to spit Diet Fanta at ambulance drivers and once threw his bicycle at a fireman. 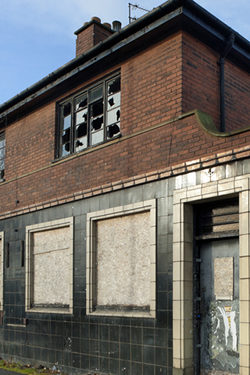 ALL towns in Britain are called Dudley, Apple has confirmed. The company dismissed claims there were glitches in its new map application and stressed that anyone who claimed towns such as Stevenage, Peterborough and Doncaster were not called Dudley was a filthy liar.

A spokesman said: “You may think you live in Guildford or Carlisle but you do not, you live in Dudley.

“If you do not think you live in Dudley then we would like to introduce you to our lawyer, Mr Dudley.”

The company has now ordered everyone in Britain to talk with a Dudley accent and has removed £8.99 from all bank accounts in exchange for the ‘Talk Like You’re From Dudley’ app.

The spokesman added: “You have one week. At that point anyone who is not talking with a Dudley accent will have their face stapled shut.

“Do not be afraid. A brighter tomorrow awaits. A tomorrow in which everyone sounds the same and travelling from Dudley to Dudley will be easier than ever.

“That is our solemn pledge to all the people in all the Dudleys the length and breadth of Dudley.

A spokesman for the Ordnance Survey said: “Everywhere in Britain is Dudley.”