FANS of iconic ’60s group the Beach Boys have admitted defeat in their battle to stop them reforming.

The band’s iconic sound was a fusion of 60s surf, hippy imagery and a general sunny optimism that pretended the Vietnam war was fictional.

But now fans fear that any new material will be about how messed up the modern world is but how love is the answer, or how we used to be crazy in our youth, but being crazy can be good sometimes.

Fears have already been raised after tour organisers revealed that Brian Wilson ‘has written some new stuff about vegetables’.

A spokesman said: “Al Jardine has been playing around with autotune for some months now, he really digs it. Will. I. Am is interested in producing for them.”

Die-hard Beach Boys fan Susan Traherne said: “Everyone wants to see the Beach boys back to peak 1966 form, when Pet Sounds changed popular music until the next thing that changed it.

“Unfortunately, that’s not how the universe works, and what we’ll get is five elderly men in Hawaiian shirts, looking at their watches.

“We can only pray they are not working on something called Return to Kokomo.” 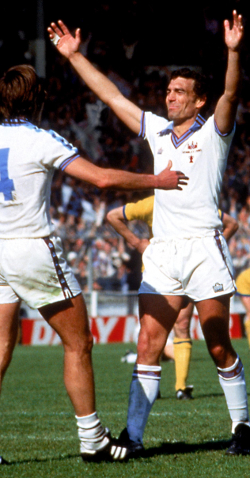 ARSENE Wenger has conceded that his team is now unlikely to win the FA Cup final that took place almost 32 years ago.

The Arsenal manager has admitted to the club’s board that with his current squad he does not feel able to travel three decades back in time and destroy Trevor Brooking.

He is now turning his attention to the faster than light neutrino research at the CERN Institute to see if it can assist him in bettering a fourth-place finish in the 1979-80 Division One championship.

Wenger said: “We are still developing as a team and have a lot of young, promising players but I think it’s time to admit we can’t stop Trevor Brooking scoring an unlikely header from the edge of the six yard box.

“We have been very unlucky with the linear nature of time and the lack of a brutal dictator in England for the last three decades willing to rewrite history in Arsenal’s favour.

Arsenal are still holding out hopes for their chances in the 1986 New Faces talent show final against Duggie Small, hotly-tipped by bookies to win because he did, 25 years ago.

But Wenger said he would now focus on building a team around a combination of Gervinho’s fascinating forehead and the comedy stylings of Van Persie’s insistence he won’t leave the club as soon as Manchester City send a taxi for him.