Real ale enthusiast Bieber said: “Most probably it was from the bottom of the barrel.

“However well-kept a beer may be, it may still become tainted by traces of sediment. 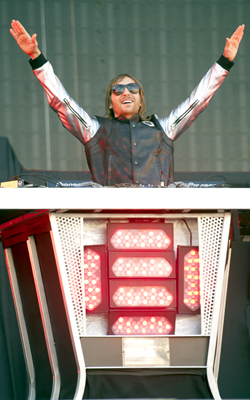 The enigmatic DJ/producer is considered a genius among the commercial dance music intelligentsia. But Guetta has no interest in the financial rewards of the entertainment industry, choosing to inhabit a cave near Rouen where he keeps warm by burning royalty cheques.

Householder Stephen Malley said: “He was dressed in an old fertiliser bag with arm-holes cut out of it.

“But it was definitely David Guetta, picking through my hedge in search of nuts and berries.

“I shouted ‘Hey, aren’t you David Guetta?’ He appeared to panic, stuffing bush-fodder into his mouth before leaping the hedge with a single bound of his scrawny legs.

“He seemed harmless, but there are mice in his straggly beard.”

Fellow DJ Roy Hobbs said: “There is a fine line between genius and insanity, and David walks that tightrope every day.

“His mission to create the most accessible club track in human history is lonely, mystical and perhaps tragic.”