Ryan Whittaker saw the Channel 4 show was on and gambled that he could not only see naked women in a socially acceptable way with his girlfriend right beside him, it might even inspire a midweek shag.

He said: “It was a Tuesday night, nothing was happening, I thought why not take the risk? Then I found out.

“I was only hoping to ogle a few random women before bed but they unveiled all of these cocks, one after another. And I had to pretend I was cool with it without seeming like I’d turned over for the cocks.

“Meanwhile Sophie seemed to be taking more of an interest, though I think she was more into me squirming uncomfortably than all the flaccid penises. I started making remarks about the more unusually-shaped ones but that only made it all more awkward.

“I tried to wait it out until there was at least some fanny but I only reached the second ad-break before I irritably turned it off and went to bed, dangling dicks dancing through my head. Won’t be trying that again.”

Girlfriend Sophie Rodriguez said: “Yeah, it was pretty much cock city. Even I was ready for a pair of tits by the end.”

Five excruciatingly embarrassing ways to be a cool parent 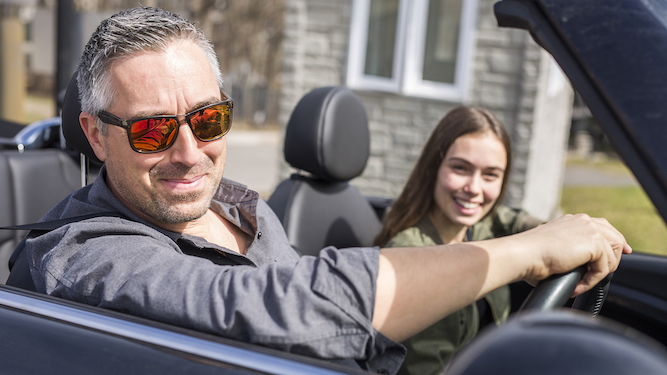 NOT ready to accept your role as uncool? Think your kids like it when you talk about your love of Drake in front of their mates? They don’t. Nor do they like these things:

Drinking alcohol with you

Smug middle-class parents like to give their children a small amount of Shiraz at dinner, like French people do. What you don’t know is that your kids refuse it and say ‘wine’s horrible’ while you chuckle smugly because they’re chugging a litre of WKD Blue with their mates later instead.

Popping on a bit of Roddy Ricch or Chief Keef when you’re giving your kids and their mates a lift to town will make them shudder with embarrassment, especially when you attempt to rap along. And they’re well aware you put The Joshua Tree back on the second they get out of the car.

Hey, kids need to know about drugs, and coincidentally casually chatting about the time you took an E at Glastonbury in 1998 makes you sound incredibly cool. However, this will make your teenager at first abstain from drugs so as not to end up like you, then get into pure MDMA from the darknet to outpace you.

Encouraging their girlfriend or boyfriend to stay over

While it’s good to be happy that your child has met someone they like, actively encouraging them to stay the night is a bit weird. You’re kind of encouraging them to have sex which is weird and uncomfortable for everyone. Bonus: it’s actually no less creepy if they’re gay! That’s equality and acceptance for you.

Claiming you dropped out of school with no O-levels and learned everything you know at the university of life might sound good to your ears, but have you met kids these days? They’ve already monetised their Twitch stream, planned out their post-grad qualifications and career progression, expect to retire at 50 and think you’re a massive loser.