BRITAIN was absolutely bursting with excitement last night at the prospect of going to see Mamma Mia this weekend.

Everyone has agreed that it looks completely brilliant and just what they need after a long, hard week at work.

Guardian film critic Julian Cook said: "It's basically about this really pretty girl who is getting married on a Greek island and wants her father to be there but her mother is this dirty old slapper with a heart of gold who has no idea who the father is so she invites the three guys she thinks might be the father and one of them is Pierce Brosnan looking absolutely lush.

"The girl is really angry at her mother for being such a filthy skank and they fall out but then she realises that all three of the guys are really really nice so it doesn't really matter which one is her father because now they're all one big happy family and she even forgives her mother because she realises that she's not an old whore but just a larger than life character who's in love with love and likes being humped.

"And if all that wasn't totally brilliant enough, it's absolutely full of Abba songs. At this point, right, I am trying so hard not to just totally piss myself."

He added: "Anyway, I'm going to go and see it with the critics from the Times and the Independent and we are going to sing our tits off all the way through.

"Then we're going to go for a pizza and d'you know what? We're going to get everyone in the restaurant to sing Waterloo. We totally are and it's going to be totally brilliant." 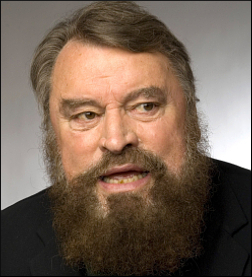 CIRCUSES across the world were celebrating last night after a bearded lady give birth to a baby girl.

The woman and her beard gave birth naturally at the hospital in Oregon surrounded by fire-eaters, trapeze artists and a small car full of clowns.

Obstetrician, Dr Tom Logan, said: "When they brought her in, I saw the beard and assumed she was a man.

"I said to her, 'I hope you're not planning to squeeze this baby out through your penis, because that would be incredibly painful'.

"But then I lifted up her gown and saw that she had a perfectly normal vagina.

"Given that she was in the advanced stages of labour I concluded the vagina in question was almost certainly connected to a fully functioning womb.

"'Oh, you're not a man', I said, 'you're just a lady with an impressive beard and no charlies. A bit like my cousin Ethel'."

Dr Wayne Hayes, the hospital's chief of medicine, added: "We get quite a few people coming in, who are not 100% sure what sex they are. Sometimes it's a woman with a beard. Other times it's a man with great big breasts.

"It's a complex condition, so the first thing I do is ask them to drop their trousers or lift up their skirt so I can have a bit of a poke around. That usually gives us a fairly big clue."

He added: "These days a lot of people seem to think womanhood is defined by a fondness for live yoghurt and Grey's Anatomy, when actually it's about having a vagina."