Britain Haunted By Thought Of Heston And Delia At It

BROADCASTERS have been flooded by complaints from viewers unable to stop imagining Delia Smith and Heston Blumenthal going at it.

The ubiquitous Waitrose adverts, hinting at some form of depraved union between the two cooks, have triggered horrific images in the brains of millions of innocent consumers who had been minding their own business.

“The dark dreams come to me every night. I see Blumenthal smearing Delia in a semi-gaseous conceptual froth made from quails’ breath and robot tears.

“In my dream it’s the first time he’s seen a woman naked, he’s completely out of his depth and visibly horrified by her genitalia.

“I imagine Heston to have a long, chrome-plated member studded with LEDs, like some futuristic meat thermometer. Delia mocks it.”

He added: “These visions are now burned onto the retina of my mind’s eye and I shall be seeking compensation in the form of John Lewis vouchers.”

Keen amateur chef and television owner Nikki Hollis said: “I can’t help thinking it’d be like a shaven-headed version of Beaker from the Muppets rutting angrily with the female personification of chicken in a basket.”

A Waitrose spokesman said: “Heston and Delia are the Mulder and Scully of contemporary aspirational cuisine and their love will remain unconsummated for as long as you, the public, continue to purchase our tasty but expensive products.

“Unless of course you actually want them fucking on your telly? Thought not.” 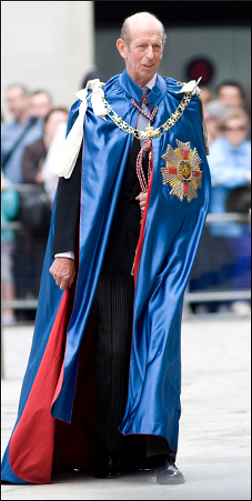 PLUCKY Fulham went down fighting last night as their riches to even more riches tale ended in last minute disappointment.

Their extra time defeat to Atletico Madrid was heartbreaking for football fans across the country, who had followed this heroic band of violent, semi-literate millionaires all the way to the Europa League final.

But after the heady heights of a dazzling European run the club is once again facing the harsh reality of another domestic season blighted by enormous wages and a huge transfer budget.

“But Mr Al Fayed’s a lovely, down-to-earth bloke and anyone who says different can look forward to being attacked by a massive leopard that’s completely unconnected to him in any way.”

Hodgson added: “After the match he spoke to the lads, mainly about how MI6 and the Duke of Kent had genetically engineered Diego Forlan to destroy our team after having assassinated Jade Goody.

“Then we had a proper down-to-earth cup of tea served from a 300-gallon ivory urn by a uniformed batallion of perfumed flunkies. Just like my old mum used to make it.”

Fulham have had an epic season, having played for almost 100 hours since July of last year. But Hodgson said the team was now showing the adverse effects of having to cram the equivalent of three weeks work into a space of just 10 months.

Meanwhile the Coattager’s pluckiness coefficient will also drop after having reached a European final, with commentators now expected to be around 68% less patronising.

But Hodgson insisted he is hoping to compensate for the down-grade with a series of summer signings including a 1950s Cockney orphan and a little dog that dragged a baby from a fire.