Britain hit by hellish new strain of Stars In Their Eyes

A FRESH mutation of the Stars In Their Eyes virus could wipe out millions of vulnerable people, the NHS has warned.

The bug appeared to have been eradicated in the UK nearly a decade ago, but the disease has since re-emerged, like the Black Death.

Symptoms include vomiting, diarrhoea and an acute awareness of the futility of human endeavour.

Couple use Google more than 38,000 times during single film 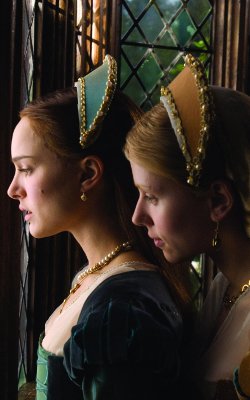 A VIEWING of Tudor drama The Other Boleyn Girl on Saturday evening generated 38,114 Google searches from a single IP address.

One of them gets executed, or something

The staggering number of queries, which caused local servers to go down across southern England, are blamed on a couple who came in to the BBC2 film late and had no idea what was going on.

Tom Booker, who watched the film with his partner Sarah, said: “Benedict Cumberbatch is in it, and we turned to the iPhones to settle an argument about whether hed had his nose done.

“Then we couldnt work out if the other bloke was from The Walking Dead or Our Friends in the North, and after each successive search we’d missed a bit more of the film and had to Google the plot, and so on.

“In our defence we were drunk as fuck.”

A spokesman for Google said: “A film like this, with a large number of vaguely familiar British actors and based very loosely on actual history, is a perfect storm for us.

“The Wikipedia article on Henry VIII was accessed more than 18,000 times an hour, with many people wanting to know why he gave up being the Pope.

“Though the majority of the searches were Portman nude, Johansson nude, and ‘medieval lesbian kiss’.