ZAYN Malik’s core fanbase of men working in the building trade is today in shock.

48-year-old bricklayer Roy Hobbs said: “He’s my favourite person ever. Why would he do this? One Direction is so over now.

“I just wanted to stay in my bedroom today and look at my Zayn scrapbook, but I had to come and build this house.

“All the lads are just heads down, silent and getting on with it. You could hear a pin drop.”

He added: “I blame Harry for hogging the attention and not letting Zayn be who he needed to be.”

Many building sites around the UK are empty today as workmen struggle to comprehend Zayn’s decision to leave the band.

Scaffolder Stephen Malley said: “Zayn was the best looking one and also the best dancer. Second best is Harry, and after that I would say Liam or Niall.

“When I heard what had happened I punched the side of my van so hard it made a big fist-shaped dent. Then I got a screwdriver and scratched a picture of a broken heart under it.

BBC confident it can find a new prick 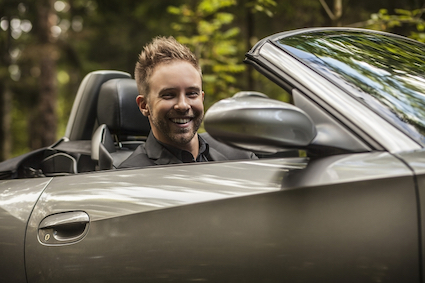 THE BBC has confirmed that Top Gear will continue without Jeremy Clarkson as Britain is awash with boorish oafs.

Director general Tony Hall said the show’s format was guaranteed as he could just walk into a sports bar and ask if anyone wanted to be on television.

Hall added: “There was nothing miraculous about Top Gear’s success. Clarkson and the audience are entirely interchangeable.

“Indeed, I would like to thank Jeremy for helping a generation of pricks refine and perfect their utter dickishness.”

Sports bar regular Martin Bishop said: “My tastes are exactly as you would expect. And, for the avoidance of doubt, I refer to things I dislike as ‘gay’.

“I sometimes use racist words, but certainly don’t see myself as racist, though some people may disagree. Gay people.”

Bishop added: “And I’m guessing Clarkson just wandered through his house making a list of things he could compare cars to.