Cinemagoers confused by characters without superpowers

THE public does not understand film characters who are not superheroes, it has emerged.

Don’t watch anything that doesn’t have a toy range

Researchers found that cinemagoers are baffled by characters tackling problems in ways that are physically possible.

Wayne Hayes, 20, said: We went to see Boyhood, which I assumed was about a young superhero who wears a hood.

“I thought maybe lightning would shoot out of his forehead but he just got older which isn’t a power. In fact, ageing is the opposite of a superpower.

Hayes is also unable to process older non-superhero films: “I saw The Great Escape the other day, and none of the characters turned into a superhero to fight the Nazis, which was the most obvious plan.

I was expecting someone to rip the prison gates off like Magneto in X-Men, but they all just stood there talking.

In the end they escape by digging, it’s like a two-hour version of Gardener’s World.”

Cameron’s next Muslim woman to be more stereotypical 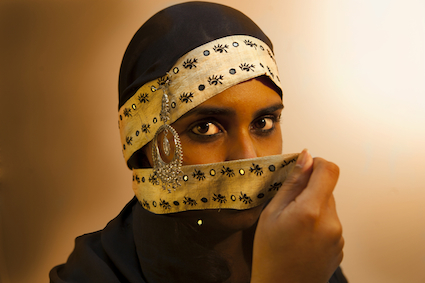 THE next Muslim woman appointed to the government will wear the veil and walk four steps behind the prime minister.

David Cameron said he was surprised at Baroness Warsi’s resignation over the Israeli bombardment of Gaza, as he had not given her permission to speak, let alone write a letter.

A Downing Street spokesman said: “We desperately want a Muslim lady in the government – it’s very now – but the next one will have to be full burkha.

“She can come to meetings and sit in the corner. If she disagrees with something she can always move her eyes quickly from side to side. Or perhaps she could do a little feminine cough.”

The spokesman added: “We’ve asked the Saudis if they can recommend anyone. We could give them 10 per cent off a tank, or something.”